We are about to leave the first half of the MMA calendar and from a UFC perspective, it has been underwhelming, to say the least. A lack of packed cards, lots of poor matchmaking and realistically bar the excellent UFC 211 there doesn’t seem to be any hope this will change in 2017 and beyond.

While Conor McGregor chases the Floyd Mayweather fight, along with the long-term hiatus/retirement of Ronda Rousey and the unreliability of Jon Jones, the UFC badly craves a star on a par with the aforementioned trio. I do believe that there are at least a handful of other competitors within the brand who deserve some of the marketing rub.

Yet worryingly both the world’s largest talent agency and the world’s premier MMA organisation don’t really seem to be grasping this key ingredient in the 21st century fight game. Since WME-IMG bought the UFC a cost-cutting regime has been apparent, both on the operational and talent side of the business. Massive redundancies began almost immediately after the takeover as they looked to recoup some of the gargantuan figure they spent on the brand back in 2016. 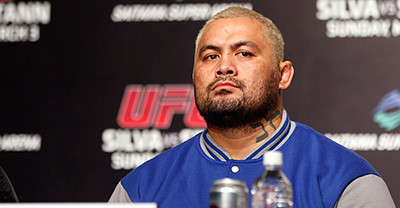 When I first learned of WME-IMG’s plan to buy the UFC it made me remember of an interview with Dana White and his proclamations of “This sport will become bigger than soccer”. The value of UFC brand emphasised this and with WME-IMG influence it could definitely come to fruition.

However, it’s been nearly 10 months since the takeover and the initial warm, fuzzy feelings of excitement are now met with concern and dread of which direction the sport is heading in. Is it still too early to be thinking so doom and gloom? Perhaps.

The UFC Is In Transition

But ask any passionate MMA fan if they remain as optimistic now as they did in July 2016 and I would bet they would have the same sense of bewilderment. The UFC seems to be going through a transitional period, not unlike the early 2000’s – some injection or event is needed to give the brand a much-needed shock of adrenaline and bring it back to life. Changes were always going to be made, but from an outsider perspective, it seems like a lot of public relations faux pas have been made consistently!

Mike Goldberg’s departure highlighted this greatly. A man who gave 20 years to the organisation only to be turfed out and cast aside after a stellar career is another situation that could have and should have been handled much differently. Surely offering a highlight reel after ‘Goldie’s’ last broadcast or tribute via fight pass would have left fans and the man himself a greater send off?

In recent months not a day goes by where a disgruntled fighter speaks out through the press or social media and I foresee that this continue for the year ahead and more upheaval will continue as WME – IMG starts to mould the business in their vision. Expect more interim titles, more ‘money fights ‘that have no bearing on the rankings and likely more uninspired fights cards. After watching the “UFC Summer Kick-off” news conference and a lot fighter’s attempt to incorporate some “WWE-like” antics, I go back to my opening statement and being left slightly underwhelmed. 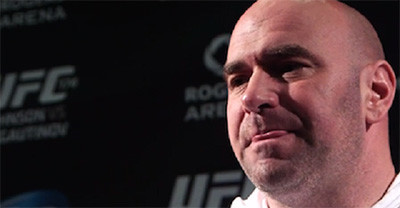 International Fight Week has tended to be UFC’s version of Wrestlemania, a week dedicated to the fans, with 2 or 3 events crammed into the week culminating with a big PPV. Last year was UFC 200, which on paper was action-packed.

The year before we had Conor crowned as interim champ. The summer cards have always offered big main events along with an excellent line-up of fights. This year we have Nunes v Shevchenko and Garbrandt v Cody – both fights are excellent showcases in MMA and real 50/50 fights; however, there is no marquee bout to get the blood pumping and here lies the problem, there are no fights around at this moment to incorporate the mainstream…Unfortunately, it also coincides with the absence of McGregor and Rousey.

It is a different MMA world to the one back in 1993 and the sport has gone through massive changes, but what has made MMA such an enthralling sport since its inception is the sheer unpredictability nature of the business; the road ahead is unknown but the passion of the fans in unwavering. Long may this continue!