The Battle to Remain Relevant for the Ultimate Fighter

Prior to the inception of The Ultimate Fighter, the UFC was in somewhat of a hole. Struggling to get television, struggling to draw houses and struggling to claw their way back from the financial mess that forced previous owners, SEG, to sell up.

Many point to UFC 40 as the turning point, the levels of anticipation that Tito Ortiz. Managed to generate for his battle with fierce rival Ken Shamrock drew in upwards of 150,000 PPV buys and sold out the MGM Grand in Las Vegas. Nonetheless, as important as UFC 40 was, it did little more than allow ZUFFA to stay afloat. There was little doubt in the inner circles of the company; they needed something drastic.

With losses rumoured to be in the region of $34 million, Dana White convinced his business partners and long time friends Frank and Lorenzo Fertitta. To splash out one last time to turn it all around. A large, multimillion-dollar mansion in Las Vegas was purchased and a new show was pitched. Network after network rejected the idea, forcing the UFC into a radical decision.

Offering the show to Spike TV, the UFC funded production themselves. Stumping up a further $10 million as they recruited 8 Light Heavyweights and 8 Middleweights for their historic first season. In what many says was a lack of foresight, the show was allowed, by Vince McMahon. To immediately following WWE Monday Night Raw (ignoring the advice of Paul Heyman).

The Ultimate Fighter doubled Spike’s usual rate of viewer retention. And giving TUF the key demographic of 16-40-year-old men that the UFC has run so far with since. Though the first season had its ups and downs, Forrest Griffin and Stephan Bonnar put on a three-round war in the finale that will be remembered forever.

Often referred to as ‘the fight that saved the UFC’, the ratings increase the event received during the fight is the stuff of MMA legend. And was the fight Dana White said convinced Spike to commission season two. 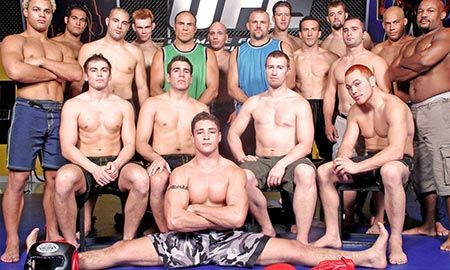 Following this, The Ultimate Fighter went from strength to strength. Season two brought an outstanding victory at Heavyweight for undersized Rashad Evans.

Who followed Griffin as the second Ultimate Fighter winner to become UFC champion a few years later. Season three saw Michael Bisping the most notable victor but was famous more for the coaches rivalry.

Although undeniably important in previous years, Ken Shamrock’s burning hatred for Tito Ortiz took it to another level. Many MMA fans on this side of the Atlantic will have warm memories of watching the season on Bravo.

Cheering on Britain’s first TUF competitors in Bisping and tough Stoke-on-Trent native Ross Pointon. Whilst enjoying the Huntington Beach Bad Boy’s constant baiting of his opponent. The idea of a coaches rivalry stuck, with Matt Hughes vs Matt Serra and BJ Penn vs Jens Pulver following in the same vein.

Whilst the talent remained strong with the next few seasons producing the likes of C.B. Dollaway, Matt Brown and Ryan Bader, the show was starting to feel quite repetitive. Then rinse & repeat of coaches rivalry, drama in the house. The fights began to draw its criticisms and some even began to call the show boring. The UFC was likely aware of this and thus decided to change the format for season nine as they introduced a national rivalry.

The UK vs The USA In The TUF Series

Four Lightweights and Four Welterweights each from the UK and the USA took residence in ‘the big house’, and coached by Michael Bisping. It was a crushing victory for the Brits; with three out of four finalists coming from these shores. TUF Live came a few years later with Dominick Cruz and Urijah Faber without really catching on.

And since then the introduction of women into the mix has certainly energized the concept. However aside from a hugely entertaining turn from Chael Sonnen on season seventeen. The traditional format may be losing its spark. 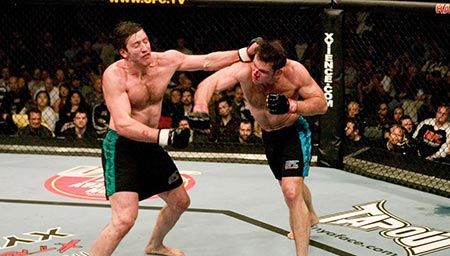 So is it fixable? Well, many ideas have been floated in the past, and some of those, for example, seasons in other countries (Brazil, Latin America, China) have even been put into action. Other ideas though, may still have some merit.

A possibility of a Gym vs Gym season has been suggested, for example, a group of young fighters based at Jackson–Winkeljohn against a group of American Kickboxing Academy’s best-unsigned studs. A promising idea, but maybe more logistically difficult than it first seems.

Asking fighters to travel to Las Vegas from (in the above example) Albuquerque and San Jose could be a stretch. It would though allow viewers regular insight into the world’s best coaching, something missing from the current format with the likes of Duke Roufus. Greg Jackson and Renzo Gracie understandably unwilling to leave their own camp full time for six weeks.

The possibility of paying to attract some of the top talents from other promotions has also been discussed. Though a confusing legal situation, it could attract a new audience. Former Bellator champion Lyman Good did appear in season nineteen. Losing his fight to get into the house, whilst the introduction of Kimbo Slice on season ten drew massive interest from the wider sports media.

Having teams of UFC legends coach the show rather than active fighters is another suggestion. With the argument being that active leading contenders or champions coaching the show leaves their respective division in limbo for some time. No greater example than the current situation, with Anthony Pettis having been out of action for so long, contenders in the 155 lb division are queuing up for an opportunity.

With the likes of Rafael Dos Anjos, Khabib Nurmagomedov and Donald Cerrone amongst others seemingly having done enough to get their shot. Glamming up production of the show is the most oft-mentioned ‘improvement’. With many online blogs suggesting that introducing commentary and some of the UFC’s more recognisable features.

And production values could attract the casual fan more than largely unheard-of fighters competing in front of a wall of shouting.

The ratings win for the current season over the previous prove the importance of freshening up the format, and with a title on the line and the elite talent at 115lbs on show, TUF may have got its intrigue back.