With five bouts now confirmed on the UFC Dublin card, things are really beginning to take shape. With Joseph Duffy taking on Dustin Poirier already confirmed in a main event lightweight bout. Duffy has been in flying form since joining the UFC back in March of this year. Securing two straight first-round wins with a KO stoppage over Jake Lindsey and a submission win over Ivan Jorge.

Now Duffy faces off against Poirier who himself has made an instant impact since moving back up to the lightweight ranks. Securing his very own two first rounds wins by ko. Poirier’s decision to move up was influenced by his decisive loss to Conor McGregor back in September 2014. With the Diamond putting his loss down to at least some lack of performance at featherweight.

With both fighters entering the bout with a lot of momentum. This will be a huge opportunity for them to state their case and show that they are a real threat to the division’s top ten.

With a welterweight bout between Ireland’s Cathal Pendred and unbeaten newcomer Tom Breese having already been confirmed. This matchup looks like a big test for both these two big welterweights. This will be Breese’s second fight in the UFC as he looks to make is 2 – 0 against the Punisher Pendred.
Pendred who suffered a loss in his last fight, his first in the UFC, against a resurgent John Howard. Will be hoping to get things back on track in front of his home crowd. It will be interesting to see how the Englishman Breese deals with the partisan Irish crowd.

With Norman Parke once again on a Dublin card 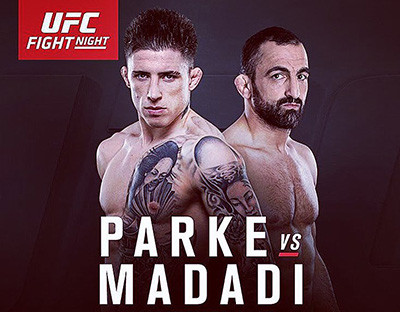 . He will be confident he can relive the success he had last time around in July of last year. This time around he faces Reza Madadi who makes his return to the sort after two years. With a win over Michael Johnson back in 2013. Can Madadi pick up where he left off or will he fall prey to a hungry Parke. Who no with two straight losses can’t afford to slip up come fight Night.

Also having been confirmed is a middleweight bout between Scott Askham and Krzysztof Jotko. Askham looked great in his last performance where he stopped Antonio dos Santos Jr inside the first round. Facing Jotko who won his last fight, but has been out for a year due to injury. All in all, this looks like a very evenly matched fight.

With this being their second fight in the UFC. Gareth McLellan who is coming off a loss back in April faces Bubba Bush in a middleweight bout. While McLellan lost his fight and will no doubt be looking to make amends. Bush’s fight against Kevin Casey was deemed a no contest. Which offers him a chance to wipe the slate clean and start his UFC career afresh.

With more matchups yet to be announced. There should be some more Irish talent added to the card over the following weeks. It will be interesting to see how this night plays out when compared to the ultra-successful 2014 Fight Night. But with more than a year between each, there is no doubting the Irish fans desire to see some of the world’s very best mixed martial artist once again stepping into the cage on home soil.