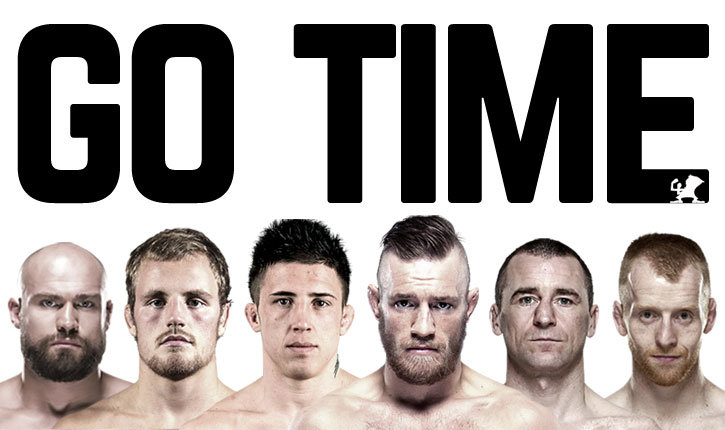 Well, it’s here, it’s finally here! After all the fanfare the build-up, the trash-talking, the injuries, the doubters and the doubts. Fight Night at UFC Dublin takes place this weekend.

For what feels to many fight fans in Ireland like an eternity. The Ultimate Fighting Championships have been gracious enough to endow our tiny nation with our very own night of live fights. And about god damn time too!

Right now, albeit for a fleeting moment, we stand at the centre of the mixed martial arts universe, exploding like a supernova for the whole world to see. And if you look really closely, move closer…right there at its core.. is the O2 arena in Dublin.

For those who do not yet follow MMA. It’s sometimes hard to quantify how much MMA lifers truly love this sport. It’s true that some on our island, do only show a passing interest at best. While for others it consumes each and every day of their waking lives. Like an all too familiar junkie searching for the next hit, we have been left gagging, desperate for our next fix of live UFC action…and now that wait is finally over.

The UFC Finally Return To Dublin

This weekend after a five-year hiatus, the 3 Arena in Dublin will once again come to life with the enthusiasm, noise and the chaos which only the very highest levels of true unarmed combat can bring. When the who’s who of Irish MMA step out into the untamed, unabashed cauldron of adulation. Only they will truly know that they are home.

For their opponents who look to take away that very special moment in time. They themselves should expect something very special from the partisan Irish crowd. You can already feel that something in the air. It has been brewing…festering for five long years. And now finally, a chance at redemption for a whole nation. To show that our fighters can compete and win against some of the very best mixed martial artists on the planet.

Make no bones about it, the Irish camp which includes Holohan, Pendred, Seery, Nelson, Parke and McGregor is looking for a clean sweep of victories. As are their supporters! To shut up those naysayers, those nonbelievers who might look to inject uncertainty into the meteoric rise of Irish MMA. These fighters are looking to make this event the launchpad for the coming much-touted, Irish invasion.

Always punching well above our weight, taking on all comers. It’s what this nation was built upon and is now being played out through our fighters inside the cage. When our backs are to the wall, it’s times like this that the Irish come together as one nation and show that steel and dogged determination, forged by the stresses and strains of a violent and complicated past.

But like all things, July 19th will come and pass into the history books, just like all other UFC events. But for many including the UFC top brass, I have no doubt it will leave a long-lasting impression.

These fighters.. these Gladiators, carry the weight and pride of a nation on their shoulders. And it’s a load they are more than willing to bear. For it is them who will be forever immortalized in the annals of history. Win lose or draw, it will be them whose lives and exploits will be remembered, documented and recounted by their peers for years to come.

UFC Dublin 2014 is just the beginning ladies and gentlemen…and in the inimitable words of Bruce Anthony Buffer..It’s Time!