The old debate about the potential of a UFC Cruiserweight division was brought to my attention again this week. The proposed weight class would have a 225lb or 230lb limit.

The introduction of a division somewhere in between Light Heavyweight (205lbs) and Heavyweight (265lbs) could provide us with some very interesting matchups between contenders either moving up or down, to find that more natural and comfortable weight to compete at. So let’s take a look at the potential contenders should the new weight division materialise any time soon… 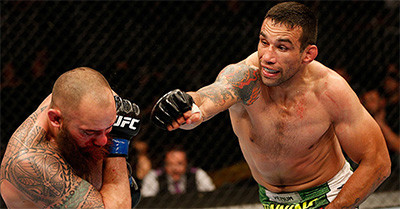 Where better to start it than with the so-called ‘Baddest Man on the Planet’, the UFC’s heavyweight champion of the world.

Why would the current heavyweight champion choose to leave the division that has brought him so much success? Well, it’s simple, if ever there is a weight division were absolutely anything is possible, and nothing is a given, it’s the heavyweight division.

When it comes to grappling, there are few as decorated and skilled as the Brazilian Jiu-Jitsu 2nd degree black belt. Werdum has utilised his jiu-jitsu skills throughout his career with notable submission victories over Alistair Overeem, Fedor Emelianenko and of course most recently Cain Velasquez.

One would imagine that in a division were little or no fighters would have a physical advantage over him, he would be able to use the skills to an even greater extent. In that title fight with Velasquez, Fabricio weighed in at 236 lbs and has competed in Submission competition as low as 220lbs, making a cut to cruiserweight a non-issue.

Now to the man that could literally be the ‘Baddest Man on the Planet’, the pound for pound best fighter on the UFC’s roster, Jonny ‘Bones’ Jones. The former light heavyweight champions resume lists a real who’s who of names of some of the best mixed martial artists the world has had to offer over the past decade or so, the majority of which absolutely destroyed by Jones.

The question has often been posed to Jon in his post-fight press conferences of whether he would consider a move up to heavyweight, a scenario the big man has never ruled out.

The introduction of a cruiserweight division though would leave little doubt to where the New Yorker would choose to apply his trade. Obviously Jones’ short term future has some unfinished business in the shape of Daniel Cormier and the light heavyweight title.

But with ‘Bones’ already reinstated after his suspension, and set to return to the octagon in 2016, chances are their business will be long concluded before we see a cruiserweight division come around.

Whether Jones and Cormier like it or not, it seems they may be destined to compete against each other even beyond their days in the 205lbs division. The cruiserweight division would probably be welcomed by none more than the current light heavyweight champion.

Cormier, of course, spent most of his MMA career at heavyweight but made the decision to drop to light heavy to pursue gold and avoid running into a good friend, training partner and then heavyweight champion Cain Velasquez.

Cormier admits himself that he struggles to make the 205 lb light heavyweight limit, and with the new IV rehydration restrictions now introduced, it will be even more difficult for him to make that weight.

230 lbs are the perfect weight for Cormier to showcase his talents, in particular those outstanding grappling skills the former Olympic wrestler possesses. He would also have the added bonus of avoiding getting in the way of his buddy Cain in his quest to recapture the heavyweight belt.

‘Rumble’ has looked incredible since moving to 205 lbs in his MMA career. Amazingly giving his frame, the Blackzillian team member started his career as a welterweight (170lbs). After a couple of missed weight incidents, Johnson made the wise decision to move up in weight, but unfortunately not up far enough. 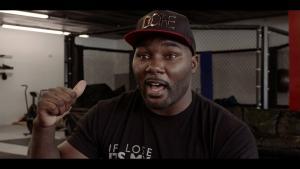 Anthony significantly missed weight in both his attempts at the 185lbs middleweight limit, the first of which cost him his employment with the UFC and the second of which left him with no choice but to start competing as a light heavyweight.

A rejuvenated Johnson has accumulated an 8-1 record as a light heavyweight, with his only defeat coming in his UFC title fight with Daniel Cormier. After that fight, Johnson’s cardio was questioned as he was visibly exhausted by the 3rd round of a fight that was scheduled for 5.

Anthony has taken a little trip to the heavyweight ranks in the past, a fight in which he ironically weighed in for at 230lbs. He went on to win the contest comfortably via unanimous decision against the dangerous Andrei Arlovski.

I couldn’t compile this list without throwing a wildcard into the hat, considering that the chances of a cruiserweight division in the UFC may be a considerable time away.

Anthony Johnson’s Blackzillion teammate Tyrone Spong is an MMA novice with a 2-0 record in the WSOF organisation. Spong though is no stranger to combat as he has been competing at the elite level of pro kickboxing for more than a decade.

Although the big Dutchman has competed at 205lbs in his two MMA bouts and no higher than 210lbs in his more recent kickboxing days, the ‘King of the Ring’ as he likes to be known certainly has the frame to be a threat in a higher weight division.

Spong recently went as far as to put his name in the hat to replace the injured Stipe Miocic in his fight with Ben Rothwell in the UFC’s heavyweight division. “Heavyweight, Light Heavyweight, I don’t care. #Moneyweight” he pronounced via Twitter.