As the Guided by Voices song goes; “everybody’s gotta hold on hope, it’s the last thing, that’s holding me”. This cheesy/awesome line has never been more needed on the UFC scene. While all the press surrounding UFC 187 is bad at the moment. People are forgetting just how good this card was when put together. And compared to some PPV lately (186), the prelims alone are a feast of talent.

The UFC has been accused of putting on some terrible PPV`s lately and rightly so. But they went all out for this card, and even planned for a possible main event fallout by putting in two title fights. Now the way this card has been set up is that even it loses a fight or two. There is still a quality core to keep the card together.

From vague mumblings online a story enfolded that caught all of us fans and writers alike in its web. And like a horror movie we were unable to look away from the destruction being rendered.

The self-implosion of Jon Jones was predicted by many as the only way the greatest MMA fighter on the planet could lose. But few if any would have guessed it would come so soon after his recent activities. 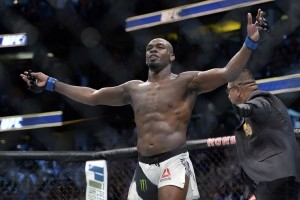 Popping hot for cocaine in January was supposed to be the warning shot he needed. To get his life together and a fine on €25,000 was his punishment. But Jones, like his fighting career to date, never does what is expected of him and just days ago ran a red light and caused a crash before fleeing the scene on foot.

The UFC, in light of Jones`s recent and previous nefarious activities. Made the tough choice of stripping the belt from Jones and suspending him indefinitely.

A huge blow for fans with the mega PPV UFC 187 just around the corner now needing a headliner. Enter Daniel Cormier, the man who`s sole loss comes at the hands of Jones. To save the card and contest with Rumble for the now vacant light-heavyweight strap.

Fans hoped this would be the end of it, please let there be no more injuries or controversy but that’s the way life. Late Wednesday night news broke that Khabib Nurmagomedov is possibly out of his title eliminator bout with Cowboy Cerrone. This seems to be, judging by twitter, the straw that broke the camels back with fans brought down with despair.

Now Khabib may be out and DC is 100% in instead of Jones but my friends there is still hope. This card is stacked from top to bottom and is easily one of the best cards I have ever seen on paper. 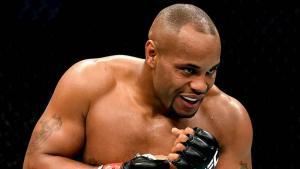 All this before the main event that (so far) features Benavidez vs Moraga, Arlovski vs Browne and Weidman vs Belfort and Cormier vs Johnson. Leave it out the fact that Jones was pulled and Khabib might be out. This card as it stands is exceptional in its talent level.

Now I have stated before I am an eternal optimist, but I challenge even the most pessimistic of fans, that it is near impossible to be a fight fan and see a card of this quality and not get excited.