UFC 183 the Fighters and Stories Behind the Headlines

As UFC 183 draws near, two names far more than most have grabbed the headlines. But behind the headlines, there are a number of excellent fights in-store and stories for that matter. On one of the biggest cards of the year, UFC 183 will answer a lot of questions. Paving the way for some great match-ups as we move into 2015.

Ian McCall will be facing off against the man with the most un-Brazilian sounding name in Brazil, John Lineker. Originally slated to fight at UFC Fight Night 56 Shogun vs. Saint Preux. McCall was forced to pull out of the fight due to illness. Heavy-handed Lineker is a guy who’s named always seems to be there or thereabouts in the mix when flyweight title contenders are mentioned. 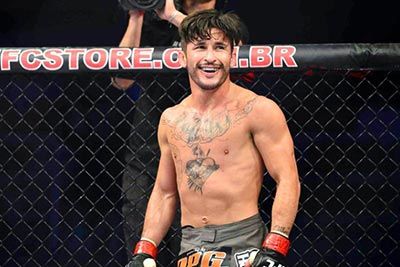 But for Lineker, his Achilles has always been his weight. Regularly either missing or requiring extra time to make the cut. With a constant threat of him missing the weight. His appearances for the UFC have become a stressful time for all concerned. Will the Brazilian put the problems he has had behind him and makes that run for the title?

Uncle Creepy Ian McCall thinks not, with his own eyes set on the prize and both not having fought since way back in July 2014. It’s going to be interesting to see who will have their way? With John Dodson still out of action, a win here will surely get one of these guys a shot at the Champion Demetrious Johnson.

Thiago Alvez is one of those fighters who in the past struck fear into his opponents, or so we were lead to believe. Known for his vicious striking, Alvez at one point was at the very top of the mountain. Having fought Georges Saint Pierre for the welterweight title in 2009. He went on to win a few, lose a few right up until 2012. When an injury put him out of action for two long years.

Now once again Alvez is returning from almost a years layoff following a knee problem, to take on Jordan Mein. Mein is a guy who appears ready to break into the top ten and with a win over the veteran Alvez, that may very well be the case. How will Alvez fair against the young up and comer after sitting on the sidelines for the best part of three years is the real story of this fight.

Documenting the personal struggles in her own life, Sara McMann has fought through the hardship. And now once again finds herself in a position to move one step closer to another title shot. Unlikely to be the next in line, even if she can beat perennial contender Miesha ‘Cupcake’ Tate. A loss will move her out of title talk for some time with a number of other potential challengers making their way at speed through the top ten.

With Hollywood calling it’s anyone’s guess how long the reigning Champion Ronda Rousey will stay in the fight game. Should she decide to step away ala GSP? The women’s bantamweight division would be blown wide open. 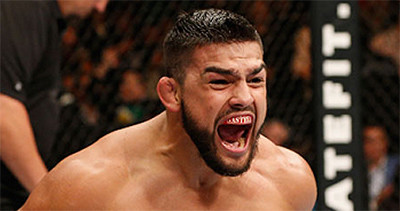 Kelvin Gastelum is the new kid (Dana White speak) on the block. With a record of 10 – 0, having had 5 fights outside of the UFC, Gastelum’s rise has been meteoric. A product of the TUF 17 finals, Gastelum wasn’t expected to amount to much. But has gone on to shock the naysayers, dispatching some of the UFC’s most dangerous competitors along the way.

Now facing off against perhaps his biggest test to date in Tyron Woodley. This could be his coming out party, as a win over Woodley should set him up nicely for a shot at the number one contender slot. With everyone above him either booked or injured. Should anything go awry, there’s no doubting Gastelum’s willingness and ability to slot into that number one position.

The BIG kahuna, in more ways than one. Anderson Silva finally returns to action after a year away from the fight game. The endless hours of physio, recuperation and training all boil down to this moment… “I back”. The Spider faces his biggest battle to date in making a successful return from an injury which would have ended most fighters career. 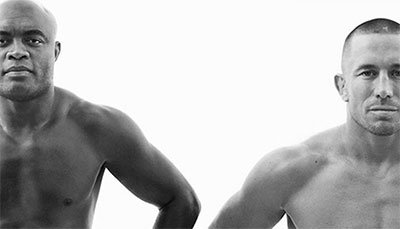 At 39 and with nothing left to prove, except to himself. How will Silva face off against a fighter in Nick Diaz, who is moving up a division to take on a legend? With the oddsmakers giving it to Silva, Diaz is someone who should never be counted out.

When it comes to mental toughness, durability and a talent for making dangerous guys look average. Diaz is a fighter who on a good day can beat anyone. Who will turn up on the night is the burning question we all want to be answered.

When the history books are written many years from now, certain fights which gripped the masses be lauded over far more than others. When two of the most re-veered fighters to ever grace the cage finally go head to head at UFC 183. All signs point to this potentially being one of those fights.