The Journey to BJJ Black Belt

I began my martial arts training quite young. I was seven years old when I first donned a gi and spent several years training Shaolin Kempo in Bray. Before my dojo was abruptly disbanded and the site converted, infamously, into Ireland’s first sex shop; Utopia Products in the Everest Centre.

I was at a loose-end but secondary school soon arrived and rugby somehow filled the gap. I was well drilled in training, obedience and controlled aggression and the physical contact in rugby didn’t phase me. I played into my twenties but knocked it on the head after, coincidentally, I got knocked on the head. A concussion and torn shoulder ligaments in the same game made me reconsider my playing ambitions and I hung-up my boots. 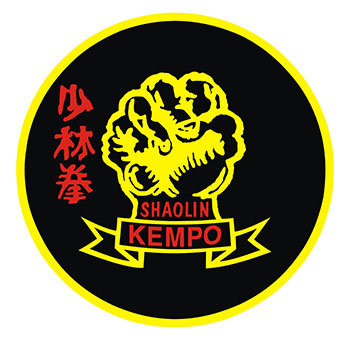 While in secondary school I heard about MMA. I worked weekends in a newsagent and spent my time pouring over magazines that covered early competitions. It’s hard now to remember an era before the internet but the pictures and accompanying words conjured a vivid image. Guys from every discipline imaginable held-up as paragons of their sport. Not so much a battle of individuals but of nations, cultures and doctrines.

We even had an Irish hero, of sorts, in Ken Shamrock.; ‘He must be at least part, Irish?’ I had a friend that worked in a video shop that, unusually for the time, stocked MMA videos.. for the first time I got to see live-action fights and, if I’m honest, I was equally appalled and mesmerised.

This is a time before weight-classes, remember, and groin-strikes and head-butts were not only legal but encouraged. It was glorious, spectacular and violent.. until one man came along and ruined all the fun; Royce Gracie and his ‘gentle art’ of JiuJitsu started winning everything with ease. He had none of the egotism of other fighters, he was quiet, respectful and was winning without striking or knock-outs. For a late-teen me he had made it, for lack of a better word, boring and I shelved my interest, for now.

Fast-forward 20 years and after having lived away from Ireland for half that time I return to find a country in the grips of mild MMA mania. The Ultimate Fighter tv show had a good following and with the GOAT and CMcG having made their debuts in UFC we had more than just a Shamrock to shout about. I renewed my interest in the sport and was impressed with how much it had evolved.

Gone were the hideous weight mismatches, soccer-kicks and impractical clothing. Fighters looked fitter, if more homogenous, and everyone seemed to have at-least some JiuJitsu (BJJ) training. As is the way, when a revolutionary technology achieves absolute domination it’s a case of catch-up or get left behind. I began to look more into BJJ as an art-form.

I spent many YouTube hours enthralled by the skill and grace of practitioners of all ages. The Gracie family demonstrating with charm and charisma all that is right about physical combat. When I saw footage of a 90-year-old Helio rag-dolling some trainees a quarter of his age I thought maybe it’s not too late for me ?!

I asked around was encouraged to learn that a friend of mine had been doing some training and he didn’t have enough good things to say about it (h/t Brian Dolan!). I looked online for a convenient dojo and came across ECJJA; five minutes from where I live and 30 days free trial, I really had no excuse.

Dy one; I arrived at the dojo and was immediately put at ease. There was another debutant there and we both shuffled around the reception area until greeted by the affable instructor, Tom Bermingham. He loaned us each a gi and we hit the mats. It was a Saturday session designed for ‘Intro’ level so most there were fellow white-belts and I wasn’t the oldest, phew.

I was destroyed after the ‘gentle’ warm-up, I was using muscles that had been happily dormant for decades and they were not waking-up without a fight. Tom then demonstrated the move we’d be working on that day; the Kimura. After a few slow-mo goes with my partner I felt I was beginning to get a grip on it (ahem). My blue belt partner was returning from injury and I was impressed with his patience and good nature.. when we sparred at the end of the session it didn’t take him long to stretch me out.

Getting In a Fourth Session on The Mats

I’m now steeling myself for my fourth session. The last time I went the class was run by Darragh O’Conaill and was a higher intensity, it seemed, to the weekend sessions. Darragh is clearly masterful but also displays all the patience and good nature I have come to expect within BJJ.. he took time with each individual to guide and coach the specifics of the techniques we were practising. I was surprised and impressed to learn that Darragh began just under ten years ago to become Ireland’s youngest and most decorated BJJ practitioner, kudos.

Am I kicking myself that I didn’t begin this years ago.. that I didn’t keep up my martial arts training? A little. Do I regret rolling off the couch and into a dojo? Not one bit. get yourself on a done deal and grab a gi.. the journey to black belt begins with a single roll.