Ronda Rousey & Floyd Mayweather and The Gulf in Competiton

After taking a break from t’internet to refresh the mind and cleanse the soul I am back to talk about. Eh…..what will I talk about this week? I suppose we can call it ‘Keego on, tell me what you want to talk about’. Kind of like a Frasier type thing. For those too young, Frasier was a sitcom in the ’90s.

To be honest, I watched Floyd Mayweather (didn’t pay for it, never have never will) and it sapped any love for combat sport out of me for a few days. He’s a class operator, I just wish the competition was a little bit closer to him in terms of skill. It’s exactly the same for Ronda. MMA as a sport is more exciting anyway, but there is such a gap between her and everyone else that it is getting similar to Mayweather. With the one exception that she can finish a fight, Mayweather doesn’t have the power. 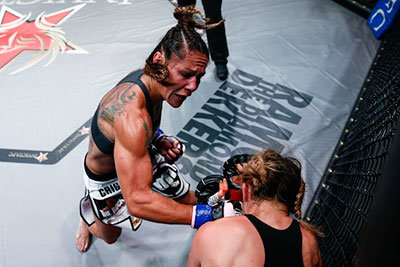 But forgetting about that part, let’s look at it. Assuming (fight business, anyone can win blah blah aside) Ronda keeps training hard and doesn’t get any bad injuries, she will destroy any woman on the planet right now. Cyborg is too scared to get in the cage with her, that’s why she is staying on the gear.

Her next fight is at 140, I expect another injury like last time. The only reason we cling to Cyborg is that we think she might be the only one to give Ronda a fight. Up to 12 months ago I agreed 100% with anyone who said that. But now, Ronda Rousey is a different animal. (Ronda if you are reading this I don’t mean that in a bad way, @nkeegan if you want to fire a marriage proposal my way).

Her boxing has been stepped up while keeping every other part of her arsenal tight. So now, where is the weak link? People used to say that she’s an armbar merchant, just like when we were young getting into scraps we would go for the headlock and squeeze but that doesn’t hold water anymore. Look at the last 3 fights and look at the improvement. I would suggest that Cyborg has been watching too and getting bigger.

Holly Holm is a boxer. World champion in 113 weight classes. I know zero about women’s boxing, I don’t know any women boxer and I don’t know who sanctions them. For all I know, she has been fighting the same woman for 10 years. And if she was to fight me, she would beat me like that same woman while making me cry like same. So that being said, what if Ronda knocks her out. Boom with a left hand to the jaw. Does this answer question? Or has she beaten someone she was supposed to beat in the first place?

This is the issue I have with the UFC and this fight decision. Putting it in Australia is a masterstroke in fairness to them. A stadium full of drunk mad Ozzies watching Ronda Rousey hammer someone is MONEY!

So if Cyborg can get to 140, she has a fight at 135. If she makes weight and wins then we get the fight we kind of wanted a year ago and most people in the know don’t really care as much about now.

But hey, I guess that’s the fight business.