Martial Arts In the Olympics

It’s only a couple of weeks to the Rio Olympics and teams from a wide variety of sports are preparing to represent their country. In what promises to be another spectacular event. But where are all the martial arts?

In my opinion, the Olympic Games is the perfect stage for practitioners from the many different disciplines to showcase their skills. Currently what we have to look forward to is boxing. Which has been a part of the games now consecutively since 1920. Although its first appearance came on American soil in 1904 at the St Luis games.

One of my favourite Olympic events in Judo first came on the scene unsurprisingly at the first Asian Games in Tokyo 1964. And despite being dropped for the following games of Mexico ’68, it returned in Munich ’72 and has been a regular ever since.

Sydney 2000 marked the introduction of Taekwondo to the Olympics. This was a success as it will be making its fifth consecutive appearance this summer and is scheduled to make its sixth in Tokyo in four years time. Wrestling is also making its return in 2020. Yet not for the first time having been dropped and reinstated many times since its inclusion in the very first games in Athens 1896.

Also recommended for the 2020 games in Tokyo is the worldwide popular Japanese martial art Karate. People of a similar age to myself will remember fondly watching Daniel LaRusso overcome adversary. To crane kick that Cobra Kai lunatic square in the mouth, under the watchful eye and guidance of the legendary Mr Miyagi.

Karate is often a young person’s first experience of martial arts as following the success of the Karate Kid movie. There seemed to be someone taking a class in every leisure centre in the country. Coincidence maybe, but karate serves as a brilliant first martial art especially for kids. With a strong emphasis on core martial arts principles such as mentality, technique, self-control and respect.

Japan 2020 will have more martial arts represented than in any other Olympic Games in history. But why stop there? I believe there is another popularity wave in full flow at the minute. That’s especially here in Ireland and the UK due to the success and hype around some of our mixed martial artists competing in organisations. Such as the UFC and Bellator.

I would fully back the inclusion of amateur MMA one day being a sport at the Olympic games. But realistically that seems slightly further away than we would like. Brazilian Jiu-Jitsu, on the other hand, has experienced an almost parallel growth in popularity with MMA, given that it is a core component of the sport.

I feel it was fitting that Judo’s first entry to the games was in its birth country of Japan, all them years ago. It would have been equally as fitting. Had its descendant Brazilian Jiu-Jitsu, been awaiting its debut in its birthplace also, Rio de Janeiro, Brazil.

Brothers Carlos and Helio Gracie developed BJJ at the turn of the 20th century. Their ‘technique conquers strength’ value created a deep and complex lineage of instructions, which continue to grow in popularity throughout the world to this day.

Why no Brazilian Jiu-Jitsu? 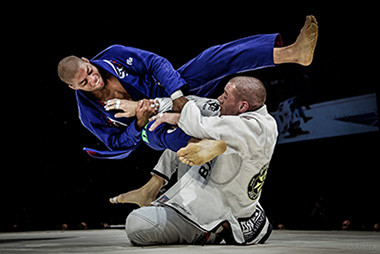 So why is there no Brazilian Jiu-Jitsu at the Rio Olympics I hear you ponder? Well, there is one glaring problem in particular. The International Brazilian Jiu-Jitsu Foundation (IBJJF), (the governing body of BJJ competition) has no drug testing policy at all.

This has led to widespread criticism across the country, no more so than from multiple time world champion and ambassador of the sport Caio Terra. Who claims “a significant percentage of elite BJJ athletes are using performance-enhancing drugs”.

Another noticeable absentee of the martial arts at the Olympic Games is Kickboxing. Like Brazilian Jiu-Jitsu, it too has been helped in terms of popularity by the rapid growth of MMA. Successful kickboxer’s such as Stephen Thompson and Holly Holm have both made the switch to compete in MMA, and in both cases, it’s been a rewarding one.

Holm captured UFC gold by defeating Ronda Rousey against all the odds. But in reality, she should have been given much more of a chance given her striking calibre due to her kickboxing experience. Thompson has also looked on a different level to everyone he’s faced in the striking department and currently sits number one ranked in the UFC welterweight division.

In terms of Kickboxing’s induction into the Olympic Games, it took a giant leap closer at the beginning of the year. The European Olympic Committee announced they are considering its introduction for the 2019 European Games in Sochi, Russia.

The president of WAKO International (the governing body of amateur kickboxing), Borislav Pelevic. Who spearheaded the proposal of the induction has openly insisted that the European Games are only the beginning. Ultimately their goal is to make Kickboxing a regular sport at the main Olympic Games.

For now, though martial arts enthusiasts will have to make do with the Boxing, Taekwondo and Judo this summer. But look forward to the inclusion of Karate and the return of wrestling in four years time. And beyond that who knows, possibly the games could have their own special martial arts village. With Kickboxing and Brazilian Jiu-Jitsu taking us up to seven martial arts on display.

Its progression and expansion like this that I feel could bring a whole new audience to the Olympic Games. The games continue to grow, and its extra exposure for the arts which can only be a good thing. The more people introduced to a martial art, regardless of the discipline, the better a place the world would be.