The Diaz brothers are a mercurial pair, seemingly emboldened in that sense by one another’s paradigm shifts in unpredictability. From anyone any time to money fights, to no fights. The UFC finally lured one of the siblings from their self-imposed exile, only for him to split at the first sign of trouble. Nate Diaz is one of the most exciting figures in the sport. His recent behaviour only serves to highlight why.

In the lead up to the UFC’s quarterly press conference before UFC 227, a fight featuring the Stockton native was formally announced for the first time in over two years. Nate Diaz had signed on to face surging lightweight contender Dustin Poirier at UFC 230 at Madison Square Garden on November 3rd. This of course, just as mutterings of Khabib/McGregor at UFC 229 are reaching nuclear levels.

Because of all this, the MMA community was in a healthy state of buzz. August 3rd, the press conference rolls around. Even after two years on the bench the faithful still respond to Nate Diaz’s standing up with unabashed enthusiasm.

Despite being late and uttering a scant few sentences, Nate Diaz was the star of the production. The LA crowd erupted as the king of the 209 made his unassuming stroll to the centre of the stage, then paid him a healthy tribute of applause and laughter whenever he opened his mouth. This was Nate’s homecoming party, and irrespective of his sullen demeanour, that’s the way he wanted it.

Then, just as the conference is wrapping up, Dana White directs the theatre’s attention to the big screen. Whaddya know, it’s Khabib vs Conor, October 6th, UFC 229 in Vegas. Nate Diaz, not a man to be upstaged, leaves as fast as his legs can carry him. Immediately after his abrupt exit, in his customarily verbose manner, Diaz tweets “I ain’t fighting on that show, f*k the UFC”.

Not a particularly nuanced statement in its own right, but one that immediately lit a fire under the inquisitive MMA crowd.  Did we just – in the blink of an eye – get and then lose a Nate Diaz return? What happened? Why is he so upset? What was he promised? 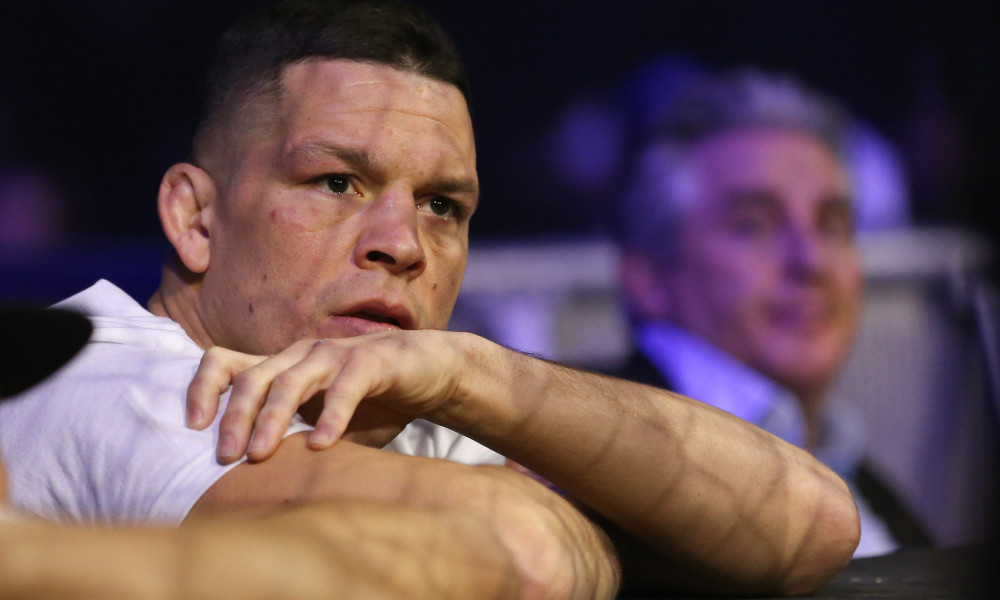 Let’s be clear, the Diaz brothers have a volatile history with expectations. The siblings are happy to step to the beat of their own emotions, ignoring the wants and needs of the higher-ups and the fans. This has served them well for years. Even in losing efforts, being capricious has kept them in the headlines. Whether it’s no showing a press conference (link), or nearly lighting a joint on live television (link).

But, as well as being a visceral outburst on the part of Nate Diaz, it was a shrewd move. How does one snatch back the attention of the fickle MMA fanbase after perhaps the biggest fight announcement in the sport’s history? Unpredictability.

No one predicted this scenario for a Nate Diaz return. Poirier, while one of the best lightweights on the planet, does not conform with what we have been led to believe. All Nate wanted was a money fight, right? That’s the narrative; Diaz just wants to get paid. Poirier is on the cusp of title contention. In fact, if Conor was not such a huge star, Poirier would certainly be fighting for the belt next.

Fighting for the spotlight 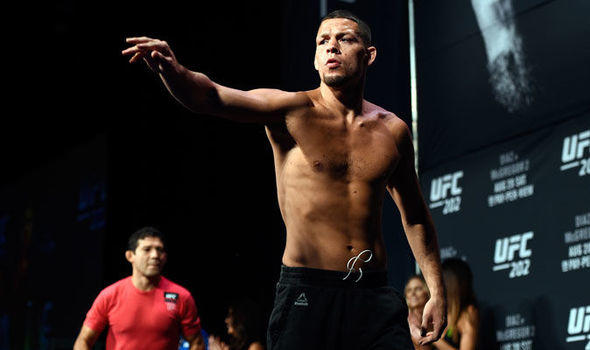 So, Nate returns and gets right back in the mix at 155, happy to carry the promotional workload. And let’s be honest, whomever main events MSG in November, that’s Nate Diaz’s card.

Then like that, he’s gone, giving the MMA community whiplash in the process. Now, everyone’s blowing a gasket over a tweet that took seconds to compose. This once more shifts the focus to Nate in the wake of the Khabib/McGregor announcement. You can question the authenticity of the sentiment, but you can’t deny the effect of it. A brilliant move.

Now in the build-up to UFC 230, the Mixed Martial Arts world is hyper-focused on whether or not Nate Diaz is even going to show up. Even with the mega lightweight title fight looming, Nate has done the same thing he managed to do while inactive for two years. That’s a nudge and elbow his way into the spotlight. Whatever you think of the man, he isn’t a fool, and his unpredictability has kept him relevant.