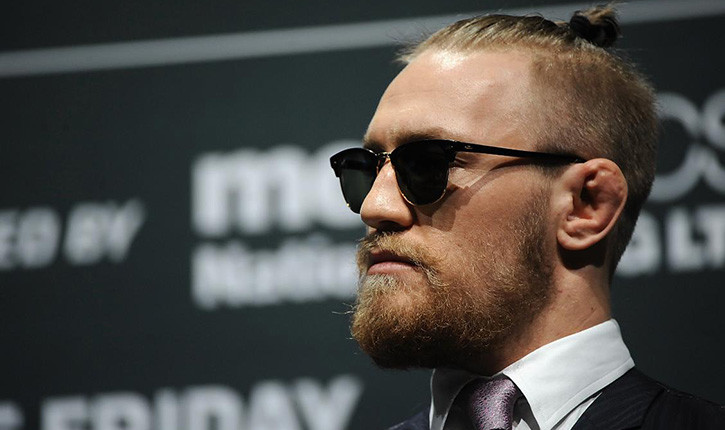 A Fighters Marketability Can Depend on So Many Factors, But What Are they?

Much of this article is borderline fantasy. I have no background in marketing, no fight business experience and little in the way of coaching. And what coaching I have sure isn’t sports-related. I’m no psychologist either. Hell, I don’t even have any professional letters after my name. But here I go anyway. I’ve purely based this article on my experiences in my job in financial services, and by paying attention to people who are internally motivated to be the best they can be. Much of it will be conjecture, pop-psyche and may well be bloody obvious to more than a few of you.

Regardless, I’m going to plough on and make educated speculations on what could make a fighter wealthy; what behaviours should they exhibit to achieve a level of independent existence that so many of them seem to lack, but deserve. I am one of those who believe that most fighters are underpaid, given the sacrifices they have to make for our entertainment.

Not only do they put their long-term health at risk, but also forfeit their youth and formative friendships in order to train and practice. From my own background, I also worry about if they are providing for a comfortable living in their old age. Most young people don’t do it, and I guess fighters aren’t much different. Perhaps the more successful of them have financial advisers and agents who can direct them on such matters, but I suppose they are in the minority.

I am going to examine and break down what I think could make a fighter financially successful, and provide a few case studies towards the end of it. This sounds very grandiose, but I’m not going for a doctorate here – there will be lots of non-scientific opinion, and even some gentle piss-taking here and there.

Alright, then. What makes a fighter wealthy? Well let’s break it down a bit.

Personality begets popularity, which in turn equals roster duty, and roster duty equals cash.. What traits make fighters popular with fans? Some of these may be difficult to put together, and a couple are downright contradictory, but I guess you must always play to your personality’s best strengths.

If you have a ready wit you will get noticed.  I know Conor McGregor is probably tired of the Chael Sonnen comparisons, but this is a trait they share to a certain extent.  Conor is honest with his assessment of other fighters, and has developed a wide range of metaphors and hyperbolic phrases that get his point across in a way that stays long in people’s memories.  Chael, is in some ways more off the cuff, but apparently always had material prepared too.  No shame in that; you have to have the sense of mind to know when to employ what you’ve prepped, not to mention great timing. 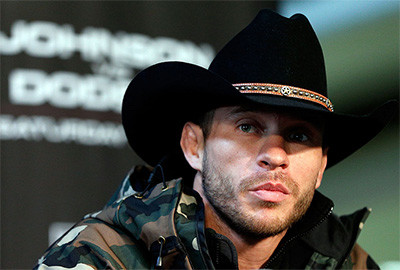 Chael is the better and more engaging talker of the two; Conor is more believable, as he has the conviction that what he says is the truth.  Most would argue that both have gotten title fights well before they were deserved.  Both guys have been well paid for it.  Other notables here are Bas Rutten, Matthew Riddle, Nick Diaz, Ronda Rousey (she can be pretty good at the smack-talk), Julie Kedzie, Donald Cerrone and Rampage Jackson.  Sadly Julie retired before she got a strong enough foothold in the UFC, but I love her Twitter and Instagram stuff (give her a follow!).  I’m sure there are a bunch I’ve missed.

MMA is a sport. Sure, it’s sports-entertainment, but there is a genuine winner and loser in a two-horse race. Being on the losing end must be one of the most efficient ways by which to simulate clinical depression. You. Are. Alone. Most fans like to see victors commiserating with those they have defeated, so long as it doesn’t go over-the-top (don’t raise the hand of an obvious loser, please – God that shit sucks!).

I love to see camaraderie between two warriors after the fight too, and see them share a hug and maybe a drink afterwards. Despite the tough reputation the sport has, I have generally found that fighters are a respectful lot, and are not shy about empathising with their opponents. I think that true fans of MMA as a sport feel the same way.

When all is done and dusted after a night of fights, those that stick around to sign and pose with fans will become more popular than those who don’t. What might be a fleeting and forgettable moment for a fighter may linger long in the memory of the fan. If I was a fighter, I would spend a lot of time with them. Not only will the fighter’s earnings increase due to increased roster activity, but if they also have a sponsorship cut that will affect their finances positively too.

Yeah I know. We’re still animals. We still love the pretty. Let’s face it, fighters by and large are physically appealing (certainly from the neck down!), but may not be exploiting it enough. Fighting is sexy; so work with that. If you’re good at what you do, have an engaging personality and happen to be blessed with good looks, well… that’s the holy trinity, isn’t it? The thing is how to mix it with other traits.

While women seems to like a measure of both cockiness and humility in their men, guys in the main tend to find cockiness in women distasteful. I have been guilty of it myself from time to time. It’s unfair, and hopefully the trend will change. For women right now, though the trend is more towards being demure if you’re good looking. Ronda Rousey is a bit of an exception (in everything, let’s face it); she’s good looking (I think so, anyway) and cocky, and yet she has an extraordinarily large fanbase, but even she polarises MMA fans.

One tends to go one way or the other with this. All fighters have a certain level of competitive drive. Some internalise it, and rely on their own focus (introverts), some get more out of vocalising it and getting off on fan reaction (extroverts). I have a liking for both types, as I am a weirdo who straddles both in my personal and professional life. I love Conor McGregor’s approach in the lead-up.. He has such devastating confidence, and best of all he can channel it into memorable verbal flows.

You can have those, then, that exude a quieter confidence, in my opinion a really attractive quality in a person. They keep the smack talk down (but not out), and go quietly about wrecking their way through the roster. I think Chris Weidman and Luke Rockhold (that fight will be awesome – who’s with me?) are in this category (although the latter stir the shit a bit). Taking either to extreme can either make you look clownish (extroverts), or terribly bland (introverts – those who say “I’ll do my best”, or “I’ll fight whoever’s put in front of me”).

No matter what you do in life, you require some level of self-motivation if you want to (a) love what you do, and (b) make more money doing it. A note of caution: I have not done much research into the psychological aspect of this section. I am mostly drawing from personal experience. I know, of course, sometimes the course of a professional career also depends on others with whom you’re competing, not to mention a dependence on sheer, dumb luck. I guess drive is all about making your own luck!

Wellllll, maybe a little of both. Certainly your antecedence has a lot to do with how you perceive your own worth, which impacts upon many facets of your personality. Most relevant here is ambition. Some people are naturally competitive and ambitious, some have to train themselves into it, to a certain extent. I have gone through stages in my early professional life where I just couldn’t have been arsed. I decided to adopt and employ a new maxim: “Say ‘No’ to nothing.”. It has served me reasonably well for the last 7 or so years.

The point here is that people can change; almost everything is fixable. I grew up cripplingly shy, but thrusting myself into situations where I met it head-on has lessened it somewhat. It still comes and goes; God knows I’m not perfect. I’m still not great at public speaking, and I recently regressed for a few months after joining a new place of work. But even that is passing now. You have to recognise that you can change. If you change for the better, well that’s great. If for the worse, then it’s time to reassess and pick yourself back up.

Competitiveness is not usually an issue with fighters. Saying no to nothing is not an issue (”How would you like to punch someone in the face in a cage strung up with chicken-wire?” “Sure!”). Change is an issue. Not all fighters are willing to change gyms or trainers to try something new. If it isn’t working, it’s time to fix it.

I think fighters have similar waves. They can go from ultimate confidence before a fight, to crushing introversion and pseudo-depression after a loss. Fighters, like the rest of us, need to surround themselves with people who are going to pick them up and dust them off, and then light a fire in their bellies again.

Your attitude towards the company that owns your contract can be very important too. It pays to be a company man (or woman). I wouldn’t ask someone to betray their own ethics in doing so, but to remember at least that they’re no longer in school, and that if they like what the company is doing for them, then say it.

Some people love the fast-track, and others like to talk up and big up. Donald Cerrone, anyone? Here’s dude with talent out the wazoo who has been knocking on the door of a title shot for 18 months now, but hasn’t made huge noise about it – the crack about him getting the title by default in his UFC187 post-fight interview with Joe Rogan notwithstanding! The guy gets paper, and lots of it. Chael, Conor, DC, Ronda… pretty much all pro-company and look at where they’ve gotten to. Max Holloway is pro-company, if a little quieter, but he’s getting fights almost as regularly as Cowboy. Of course, you have to have the skills to back it up!