The upcoming middleweight clash at UFC 221 has all the trimmings of a true number one contender fight. As the former division champion, Luke Rockhold steps in to face off against the division’s boogeyman, Yoel Romero.

And although Romero is tipping the age scale at 40 years young, the Cuban is still a force of nature. And outside of his decision loss to the current champion Robert Whittaker. Romero, at one time, looked destined to crush all in his way and take the 185lb belt from whoever was keeping it warm.

Luke Rockhold, on the other hand, was the guy who was going to reign supreme for a long time to come. Well, at least that is what he projected during the buildup to his second fight against Michael Bisping. Having made easy work of The Count in their first meeting. Anyone with a set of eyeballs could tell Luke was already looking past the Brit to greener pastures. And we all know what happened next. 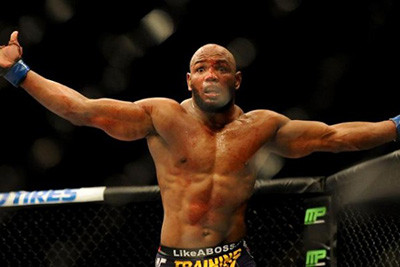 That supposed blip on his self proclaimed ineveitable reign at the top has set Rockhold back over a year. With a hard fought win over former World Series of Fighting champion David Branch. Finally repositioning him for a shot at the divisions top dog.

But now with Whittaker currently out of the picture and the shadow of Romero looming large over Perth. The former champion’s journey back to the title requires that he overtake Romero along the way. And with that, once again risk taking yet another one step forward and two steps back.

Things are now perfectly poised, as the true number one challenger to Whittaker’s reign finally gets decided on February 1ith. And with Rockhold’s self-belief and Yoel’s battle with father time. It won’t be a minute too soon for either man.