We’re now a few days removed from the 10th most purchased pay-per-view in UK boxing history. That pay-per-view featured no professional boxers, instead of showcasing a who’s who of YouTubers engaging in grudge matches. Despite this, the voice of Michael Buffer still scored the event, introducing the main and co-main events.

And in case you’ve been living under a rock, the two final fights of the evening saw the infamous Paul brothers – Logan and Jake – take on the FIFA players turned renaissance men, KSI and Deji – also brothers. Those are some 2018 facts right there.

I present this information to you in a stark and synoptic style because the situation is more farcical on its own than I could ever make. It started back in February when KSI took on fellow Brit and internet personality Joe Weller in a one-off white-collar boxing match. Seemingly starved of ideas the two men – merchants of trivial drama – decided to take their “beef” in a new direction: an actual fistfight. 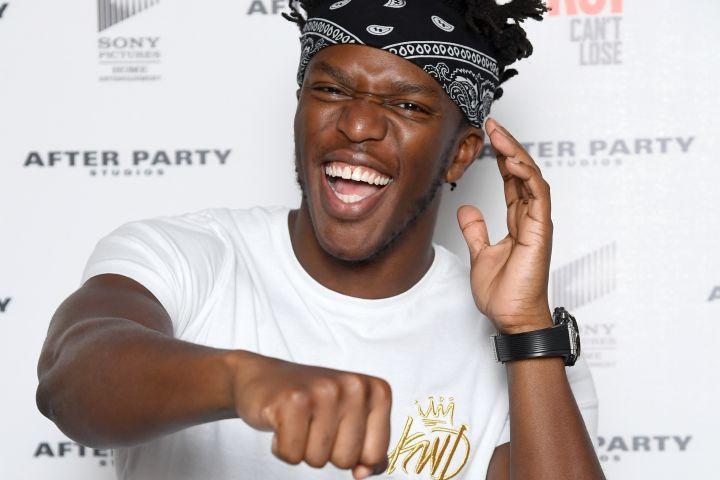 YouTube “drama” is nothing new, in fact, it’s become a business model in recent years with plenty of high-profile content creators tapping into it. In KSI and Joe Weller’s case, their core audience is children, and with a combined 24 million subscribers, that’s a lot of adolescents with religious viewing habits.

So, when presented with “drama”, a narrative and some video to video continuity, they eat it right up. Now add in an actual conclusion – physical, fistic resolution – and you’ve got a glued to the screen viewership.

To be fair to the lads, they seemed to train hard for the event, but that was little comfort when it came time to get down to business. A series of press conferences mimicking the Mayweather/McGregor promotional tour – itself an overblown comedy – saw KSI and Weller trade ad hominems while their collective fanbase feasted on the “drama”.

The free boxing match, contested under amateur rules, was a major success. It’s managed to nab 16 million views on YouTube, a figure that modern-day fighting could only dream of. Last month, UFC on Fox 30, headlined by Eddie Alvarez vs Dustin Poirier 2 drew 1.4 million people. This is the worst rating in that series history (link).

Tragic considering it was on free TV. Alvarez vs Poirier 2 and KSI vs Joe Weller are the inverses of one another; the former a clash at the highest level of competition, and the latter a clash at literally the lowest level – neither man had ever boxed before. 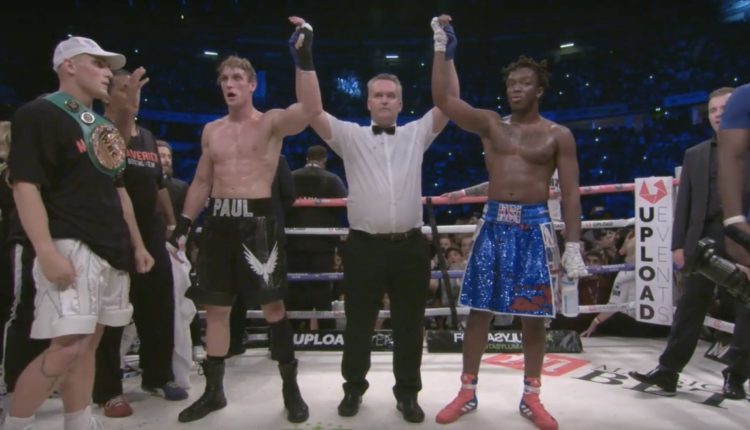 That’s more than the excellent Carl Froch vs George Groves fights, Tyson Fury’s title-winning effort against Wladimir Klitschko, and every UFC PPV this year. Again, lowest level vs highest level, but no one seems to care that these boys can’t box.

The question we need to ask ourselves is: what even really is a fight? It’s two people engaging in combat, of course, but why? Why are they doing that? Hardcore fans don’t care, we show up for the art, for the sake of the fight. Most people aren’t hardcore fans.

They don’t care how technical someone is or how good they are on the ground. They need characters, a hero and a villain, motivations and obstacles. Storytelling developed the way that it did because of humans like order, and that is no different in sports.

Early this year, Logan Paul became (rightfully) one of the most hated people on the internet after filming and mocking a hanged body in Japan’s suicide forest. Sign him up for a fistfight and many people will drool at the thought of his comeuppance. Throw in KSI and make this a UK vs US thing, you’ve got success on your hands.

Something to care about

This proved painfully true when it came to the UK press conference. Logan and his entourage were besieged by KSI fans, Paul’s dad literally taking a punch outside of the venue.

Paint cans were thrown at the cars as they entered, and Logan had to listen to “she’s a hoe” chants directed at his girlfriend from the crowd. Not the done thing in combat sports, but when you give pubescent people something to care about disproportionate reactions are not uncommon.

It’s not just the hormonal teens who contributed to this though. I watched the fight, and you know what? I enjoyed it. Sorry, but it’s true. I got together with friends and we basked in the surreality. I was wearing a GGG hat and wanted to vomit when Michael Buffer said, “let’s get ready to rumble”, but it was a fun way to spend a Saturday night.

And I did enjoy the fights. Not because they were great fights, but because they were built up well. Nonstop promotion pervaded social media, with many combat sports media personalities even giving it a nod. I was genuinely interested in the outcome and that seemed to satisfy my viewing needs.

The act of fighting 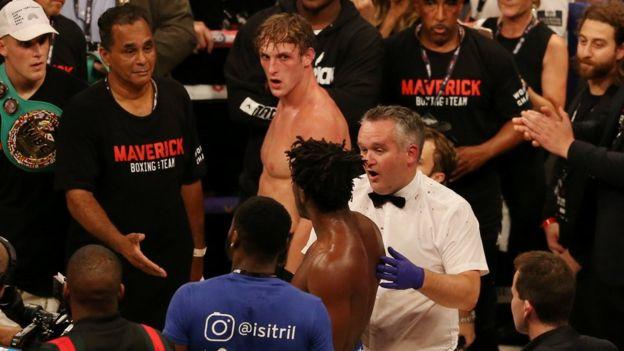 As a final bit of framing, the people I watched KSI vs Logan Paul did not fight fans at all. So much so that when the subject of MMA was broached – by me, wearing a wry Palpatine-Esque smirk – one of my friends said, “is that the one where people jump off ladders?”

In an effort to build bridges I showed them Justin Gaethje vs Michael Johnson. In the middle of round 2, my friend said, “I’m not enjoying this as much as KSI vs. Logan.” Initially staggered, I came to my senses and realised, of course not, she doesn’t know who these people are.

The spectacle of KSI vs Logan Paul served as a fulcrum of sorts. We saw where we stand as fight fans. Whatever side you stand on; perhaps the cynical “this is a cash grab and is making a mockery of the sports side.” That’s completely fine, but every now and again we need perspective.

Remember when a fight broke out at school and a whirlwind of excitement took over the playground. That’s fighting, just as much as Canelo vs GGG or Khabib vs McGregor is. It’s primal, universally understandable, and no one owns it; it’s not sacred. Just like the kids with too much free time, I enjoyed KSI vs Logan Paul, because I love fighting, and I knew the characters involved.