There were plenty of talking points derived from UFC 225 a few weeks ago; I even wrote about one here. But, perhaps the most interesting involves a UFC commentator and a former UFC fighter. In the wake of the Chicago event, Joe Rogan and Chael Sonnen have found themselves at opposite ends of the MMA spectrum. On an issue that seems to be becoming more and more prevalent.

At the top of UFC 225, Joe Rogan alluded to the fact that Colby Covington was knowingly stirring up controversy to help drive PPV buys. A fairly innocuous comment, and one I’m sure most of us barely even registered. It appears though, that the “American Gangster” was unable to move past it. For Chael, this was an act of sacrilege. To quote the Bad Guy, “first off Captain Obvious, you don’t ever disclose the business. You don’t ever turn on the business when you’re in it.” 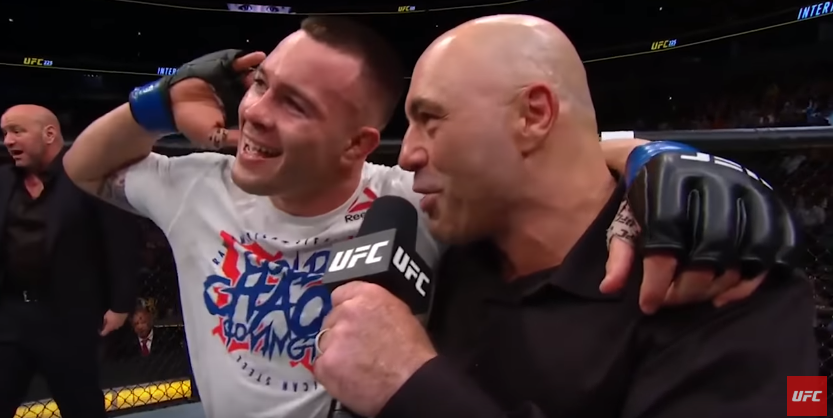 To Sonnen, kayfabe is alive and well, but, does that belong in MMA? Brendan Schaub threw his two cents in, saying that everyone knows Colby is playing a heel, and as the comment was on the PPV it wasn’t going to affect buys.

To Chael these facts are immaterial. The hardcore fans understand what’s going on, and perhaps more importantly, we want to know what’s going on. I’m a nerd for this sport. I absorb as much information about it as time allows me. I’m sure many of you are the same. However, there is a large portion of fans – maybe even the majority – who just want to watch the fights and consume whatever story is attached to them. To be the “mark” so to speak.

Chael’s argument pivots on this section of the fan base – the “casuals” if you will. They don’t tune in regularly, and when they do they want to see larger than life characters having exciting brawls. There’s nothing wrong with this. In fact, you arguably need to assume that all your fans are this way inclined. Us geeks are going to watch regardless, but the “casual” will need more qualifiers before they shell out. It’s like any medium.

In storytelling, there’s the term “hanging a lampshade”. To “hang a lampshade” is to draw attention to an element of the medium or story in which suspension of disbelief is threatened. It can simply be for a laugh, or as a sort of mea culpa. “Yeah we know it’s silly. Please just accept it.” A good example of this practice is from the 1999 film Galaxy Quest. In this scene, Sigourney Weaver doesn’t look directly into the camera and criticise the writing.

The character instead speaks within the context of the film’s conceit, that being a group of actors confronted by aliens who believe their fake TV show to be real. (If you haven’t watched Galaxy Quest, get on that. It’s full of this stuff). Joe Rogan did not hang a lampshade, he instead threw it directly at the fourth wall. 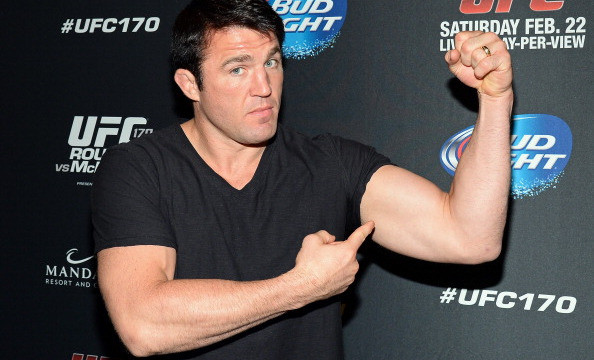 You don’t have to watch the MMA Hour or listen to Brendan Schaub’s podcast to figure these things out. But chances are, if you don’t, you don’t care for a deconstruction. Let’s say five percent of people watch UFC 225 and take interest in this Colby character during the opening video package.

Maybe they are intrigued to see him fight after hearing his shtick. If that five percent hear Joe Rogan declared the Colby Covington character a self-aware gimmick, then it’s possible that they lose interest. Going forward, maybe they don’t care about the Colby character, because he is designed merely to drain their wallets. That’s certainly a conceivable statistic, give or take.

If Joe hadn’t have said that, then that contingent would have likely carried on with their viewing experience, happy to draw their own conclusions. That’s what this is for me. It’s not about what’s true and what isn’t, it’s about mitigating damage and allowing promotion to sow seeds uninterrupted.

To be honest, it likely won’t make that much of a difference. It’s certainly a riveting argument and a perennial one. The dichotomy of the “realest of real “sport and the art of promotion. What do you think?

Images courtesy of the UFC, bjpenn.com and themaclife.com