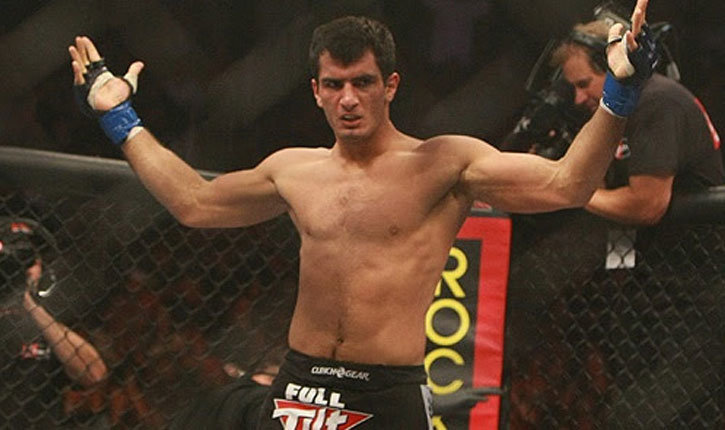 With UFC Fight Night 36 just around the corner. It has become apparent at the lack of attention on Gegard Mousasi. From a large section of MMA fans. Mousasi Squares off with Brazilian Karate style fighter Lyoto Machida. In an intriguing match-up that pairs the always dangerous and always elusive Machida. Against Judo black belt and stand out boxer Mousasi.

A large portion of MMA fans can be somewhat arrogant in their line of thinking. When it comes to the best fighters on the planet. In the eyes of many the UFC`s fighters are the world’s best and yes. The UFC house the majority of the world`s elite but certain fighters ply their trade elsewhere before entering the octagon, if they ever do.

The number has dwindled now but there are still fighters such as Shinya Aoki, Michael Chandler and Eddie Alvarez. Who can mix it with the UFC`s best. This is where UFC Fight Night 36 head-liner Gegard Mousasi comes in. Mousasi is known to fighters and hard-core fans as one of the world’s elite. But casual fans might be fooled into thinking that the fight is somewhat of a gimme for former champion Lyoto Machida.

Mousasi was born in Iran to Armenian parents and considers himself Armenian. He lived in Holland from a young age studying boxing, judo and kick-boxing from the get-go. He joined Pride in 2006 before moving onto Dream, M1 Global and Strikeforce before entering the UFC. Gegard is a black- belt in Judo but it his boxing that stands out for the former Dutch amateur boxing champion.

Mousasi competing in many sports

18 of his 34 wins have been finished by KO/TKO not counting his submission victories set up by success on his feet. Mousasi has a 13-2 boxing record and 8-0 in kick-boxing. He sports an MMA record of 34 wins and 3 losses an outstanding achievement considering the defeated foes he has added to his collection.

Destroyers such as Hector Lombard, the devastating Melvin Manhoef. Ronaldo Sousa and heavyweight Mark Hunt have all fallen before “The Dreamatcher”. The fact of the matter is Mousasi is world class and to any of the UFC middleweight division. He is a serious threat and due to the fact he has fought in other organisations. His name is not as recognisable as other top contenders such as Machida.

Mousasi has been a journeyman before entering the UFC in 2013 with a unanimous decision win over late entry Illir Latiffi. To see in what light to UFC view Mousasi his original opponents must be looked at.

I would strongly recommend becoming used to the name Mousasi. Because in the near future this fighter could squaring off for the middleweight strap. With the skills of Gegard Mousasi so wide and varied the upcoming fight with Machida is far from a walkover. It is a fight between two of the world`s best and the winner. Could easily find themselves close to a shot at the winner of Chris Weidman vs Vitor Belfort.