It was February 2012 when Frankie Edgar lost his UFC Lightweight Title to an emerging Benson Henderson. Fast forward almost five years later and Edgar still hasn’t reclaimed that title belt, however, in a testament to his fighting style and attitude, his legacy has only been strengthened. Edgar’s world title reign had been a unique one, he had famously taken the belt from the long-time division king BJ Penn in a close fight before solidifying his champion status by doing the same even more emphatically in a rematch. Following his two victories over the legendary Penn, Edgar would next battle Gray Maynard twice, completing their memorable trilogy. After a draw in their second fight, Edgar would finally vanquish Maynard at the third time of asking, defending his title with a fourth round stoppage.

The way Edgar fought in that Maynard series garnered him great respect, he’d taken a ridiculous amount of damage but never stopped fighting and eventually kept his belt in definitive fashion. He was an admirable champion, not a dominant king like his contemporaries Georges St Pierre or Anderson Silva but he was different, almost relatable. However, that would be, to this point, Edgar’s last win in a championship fight as his next bout would be the aforementioned February 2012 defeat to Benson Henderson. Though it was incredibly close, Henderson seemed to do more of the damage and on that night that was enough to earn him the gold. Nonetheless, an immediate rematch was booked, likely due to Edgar’s recent history of rematch success.

Many felt that his recent rematch success continued into the second Henderson fight as Edgar seemed to perform much better over another 25 minute affair. As is so often the case though, the judges disagreed with the general consensus and elected Henderson the winner, Edgar had failed to reclaim his UFC title. The loss led to a drop to Featherweight for ‘The Answer’ and other circumstances meant that his 145lbs debut would take place in a title fight scenario as Edgar was matched with the dominant champion Jose Aldo. On fight night, Edgar’s usual speed advantage was non-existent as the sharper Aldo picked him off at range. In the later rounds Edgar would rally but it wouldn’t be enough to claim the belt. Suddenly, the former Lightweight champion was riding a three fight losing streak, all of which were championship fights. 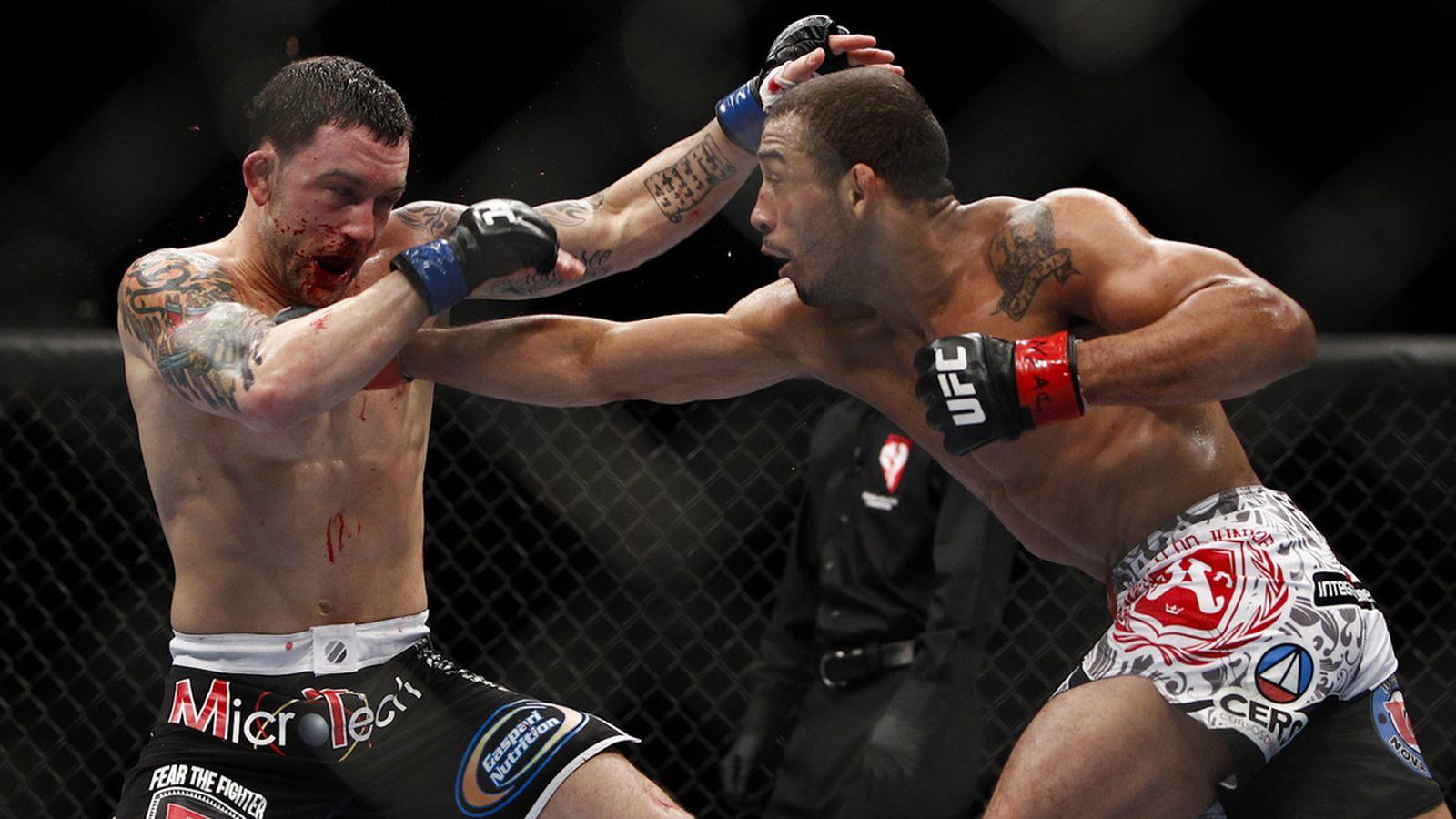 It was a pivotal point for Edgar, his career had taken a huge turn in just one year, though he’d been competitive in every fight, he had gone from the top of the mountain to a contender winless in three. It seemed possible that Edgar’s time as one of the world’s best had come to an end, it was hard to ignore that though he was still young, Edgar had taken a great deal of damage already. Perhaps it was adding up? Time would tell and five months later it did just that when Edgar would get back in the win column with a comprehensive decision victory. However, Edgar’s reignited momentum would be somewhat slowed when he was out of the cage for a year so he could coach on The Ultimate Fighter opposite his old rival, a returning BJ Penn. After a forgettable season, Edgar would unsurprisingly dominate Penn, this time worse than ever though and the fight was mercifully stopped in the third round.

Though it had been a perfect performance from the aptly named ‘The Answer’, the focus wasn’t on Edgar that night. Instead fans sympathised with the formerly brilliant Penn, heartbroken by his saddening showing and discussing his, seemingly, final retirement. Edgar was in a strange position, the win didn’t really do much for him in terms of his contender status. Luckily, Edgar’s next fight would do just that as he was matched with rising thriller Cub Swanson. Riding a wave of momentum, Swanson was the predicted winner for many but as he’d done so many times before, Edgar silenced the doubters, completely controlling Swanson en route to a 5th round submission victory. Edgar had turned in one of the most complete performances of his career and was now right back in the mix of top contenders.

The UFC were in the midst of positioning Conor McGregor as Aldo’s next contender though which meant that Edgar’s progress was almost frozen. In the meantime, Edgar would fight fellow fan favourite and Bantamweight contender Urijah Faber in a long awaited clash of former champions. As many predicted, Edgar would come out the quite comfortable decision winner. However, Edgar would have to continue to wait for the inevitable Aldo McGregor fight, which was delayed until December 2015. One day before the eventual fight, Edgar would meet Chad Mendes in a match of top contenders. Though Mendes had been stopped by McGregor in his last outing, he had certainly had his moments, especially considering his lack of a training camp. Moreover, it had only been just over a year since Mendes’ title fight war with the champion Aldo, possibly Aldo’s hardest ever fight to that point.

Nonetheless, in one of his career best wins, Edgar would stop Mendes in the very first round, finishing the fight with a short left hook. Edgar hadn’t scored a first round stoppage since 2007, let alone against competition as revered as Mendes. The next night, McGregor would shockingly finish Aldo in just 13 seconds and all signs pointed to Edgar challenging McGregor for his newly won Featherweight Title. Those signs were quickly deemed irrelevant though when McGregor would be matched to fight Lightweight champion Rafael Dos Anjos in a rare champion vs. champion fight. Edgar was without a fight. The champion vs. champion battle wouldn’t come to fruition in the end anyway with Diaz replacing an injured Dos Anjos.

Following Diaz’s upset victory over McGregor, most expected he’d go back to Featherweight in order to defend his title against Edgar. Once again though, those most would be wrong when a Diaz McGregor rematch was booked. Instead, Edgar would rematch Aldo for the interim title. After so long waiting for another title opportunity, Edgar would sadly fall short, losing on points again to a reinvigorated Aldo. On November 12th, Edgar is back, fighting the dangerous Jeremy Stephens in the first ever Madison Square Garden show. I guess the point of this trip down memory lane was a reminder that last time we questioned Edgar’s championship future, he rebounded. In fairness, Stephens is capable of bringing Edgar’s latest rebound to a quick end but in the same way, don’t be surprised if Edgar surprises you one more time.