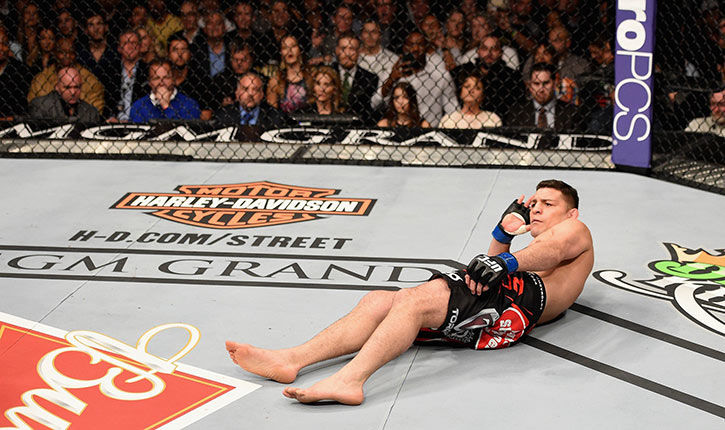 Fighter Marketability Part 2: What Are The Defining Elements?

Part Two of the three part look in to the marketability of a fighter on the current landscape of the sport. You can read Part One of the series here. But without further ado…

I fall really short on knowing what goals fighters set themselves. I wish I could embellish and offer useful insight, but once again I can only say what works for me here. I have issues aiming long, and perhaps fighters have an issue with that. I’m not talking about the dream; the significant dream to make it big is always there. But how does one begin to convert it into reality? I break stuff down into bitesized chunks. This article, for example. I’m writing it using a tool called Scrivener. Some of the tools that come with it are aimed at writers who break a lengthy topic down into various streams, and facilitates them moving from one stream to another, in a non-linear fashion. More linearly, I took a walk last Sunday morning (nearly 12km).

Ordinarily, I would not be up for such a thing, but as I live in the boonies I walked quiet roads, and every house, bend and bridge became a mini-milestone for me. It made it doable.

What about fighters? Well, as I said all I can do is speculate. Maybe you could have goals regarding weight, reps or other types of goals in gymwork, calorie reduction/intake, sparring goals, strength goals, flexibility/balance goals, an overall goal towards getting your first ammy fight. I don’t know, and I feel a fraud trying to guess. But if you feel demotivated in carrying out a task, try to break it down to bite-sized chunks.

Be the best you can be

Ace what you do. Whether you’re a gardener, road-sweeper, fighter, coach, systems analyst – throw your full heart and mind behind behind it. Be the world’s #1 farmer, rule at being a cinema usher (I had super-enthusiastic guy show me to my seat for a movie last week – good on him!). No matter how menial you feel some may see your job, or current task/goal, you push that aside and work it like a champ. And keep busy doing it too.

I could declare myself to be the greatest fighter there ever was. In fact, as it happens, I actually am undefeated! I’ll just go out and buy the gear and a replica belt and lord it over may cats, who, let’s face it, won’t have an answer. Of course, this is so much crap. You will always have to build a decent record to get your foot in the door in bigger promotions; and to get ahead in those, you will have to be at least in the upper two thirds of the roster in terms of ability.

I feel a little guilty about this section, as fighters have their preferred style. Not only do they enjoy it, but (I hope) it has generally worked for them. Having said that, there are types of fighters who are preferred by some over others; not only fans, but also promoters – unfortunately you have to convince both! What follows below is generalisation to the extreme.

It’s no secret that Dana White is more into strikers than grapplers (and he seems to loathe grinders). That’s not to say he doesn’t enjoy dominant BJJ or Judo displays, but yeah he’s all about throwing the leather. I happen to believe that the majority of fans are too. You rarely see a crowd on its feet, cheering two fighters on the mat. You’ll get a roar of appreciation for a good throw or a spectacular takedown, but by and large fans like strikers. Harsh as it may seem, striking may be the way to go if you want to earn. 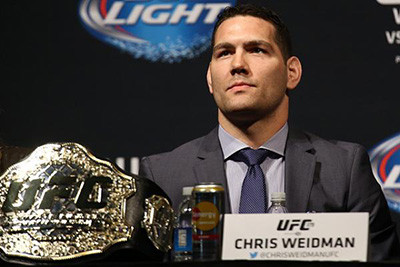 Poor Chris Weidman. He just can’t catch a break. The reception to his wins has been unfairly lacklustre. But why do you think that is? I can speculate that it’s because the dude is as steady as a rock. He waits patiently; he blocks, feints and waits again. And then… half-a-chance takedown; accurately-placed punch… and the fight is over. The guy is technical and clinical. The blow he felled Anderson with looked innocuous enough, but it was a perfectly placed left hook, at the very edge of his range; nothing flashy. I think Mr. Weidman is awesome – good on him. But he doesn’t sell as well as his flashier colleagues.

We’re nothing if not partisan and wholly biased here at Micks. Who currently is flashier than our own Conor McGregor? Yeah the guy has style, the gift of the gab, but God can he back it up in the cage. His movement and athleticism are outstanding, and he can translate it into damage as easy as smiling. What about those spinning kicks; and that rolling…er… thing he tried against Max Holloway (what the hell was that, by the way!)? He turns fans on in the cage, and polarises them utterly outside of it. He’s a walking lightning rod. Anyway, I’d best stop there, before it gets homoerotic. Conor sells for many reasons, one of which is his style in the cage. Let’s just leave it at that.

Showmen are also great to watch. The recent Nick Diaz fight vs. Anderson Silva had some of the funniest stuff I’ve ever seen in a fight.

Everyone loves winners. It’s a fact of life. But thankfully we also have empathy zones. My heart goes out to most losers. One of the best things about The Ultimate Fighter is that it has shown us post-fight loser reactions. It’s hard not to feel sorry for them. But can you make a long-term living out of losing? Duh, no. But if a fighter loses, and in doing so affects fans in some way, and can thenceforth build on the loss, well you have yourself a fanbase. Not something I’d actually plan for, though! If you’re on the bad end of a decision that can get you some empathy points with the fans too.

Weird heading I know, but really I just wanted to point out that if you have the “ability” to stay injury-free, then obviously you’ll be requested to fight more.

As well as direct payment from promotions, there are other ways of sourcing that filthy lucre.

Fair play to fighters for doing this; it is not something I could do easily. To get good money from sponsors you have to not simply wear or consume a product, but to be able to sell it to fans too. I have no expertise in getting sponsorship for anything (other than going from door to door for sponsored walks when I was a nipper). I guess the sport is still relatively niche, and so anyone who makes it to the upper tiers of even regional shows has a good chance of being picked up by some smaller sponsors. If, as a fighter, you know someone who has has ties to marketing in a larger firm, or someone who actually owns their own company, then can it hurt to ask?

I’ve sponsored a couple of fighters through crowdfunding sites. As a fighter, don’t overlook this. As a fan, please participate – especially if it’s an Irish fighter!