At one point in time it was the general belief in Crete that Zeus was once a mortal, now buried somewhere on the island. This informed the philosophy of one Euhemerus (see Euhemerism), a Greek mythographer who lived during the fourth century BC. He posited that all deities and myths found their origins in once living people and events. Distorted by time and mortal elaboration, these people and events became something more; an apotheosis. Could the career of Fedor Emelianenko be subject to the same phenomenon?

For around a decade now, Fedor Emelianenko has been considered the greatest heavyweight in the history of MMA, if not the pound for pound greatest. He was able to secure such a reputation after a decade of undefeated dominance across multiple promotions.

Fedor, a Russian sambo specialist, started his mixed martial arts career in the Japanese promotion RINGS, going 10-1 from May 2000 to February 2002. In June 2002 he would make the move to the promotion where his career would go to the next level, Pride FC. 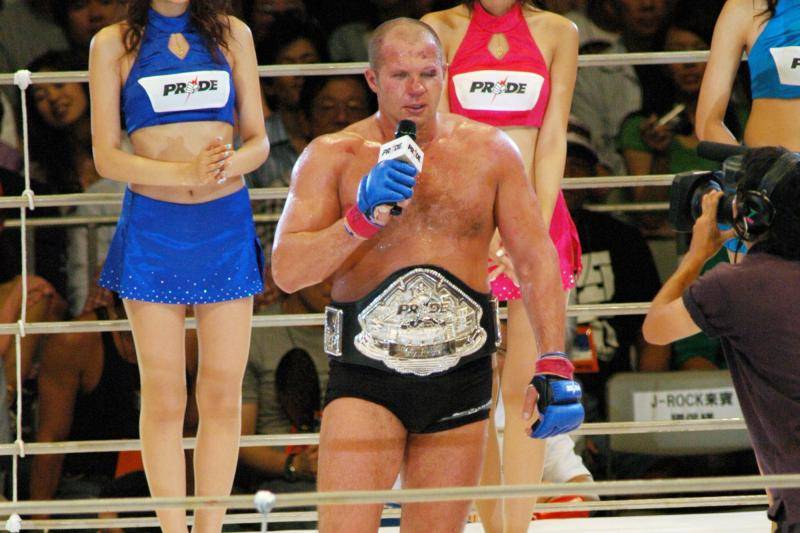 After defeating the giant Semmy Schilt, Emelianenko was given a number 1 contender fight against established heavyweight threat Heath Herring. In an upset, the Russian would TKO the American and earn himself a shot at the Pride belt.

He would fire that shot in March of 2003, scoring a unanimous decision over the man many considered the best heavyweight in the world at the time, Antonio “Minotauro” Nogueira.

With Japanese MMA at it’s height in terms of popularity – seeing attendance figures as high as 91,000 – and the passionate Russian people behind him, Pride’s new heavyweight kingpin became a superstar in the international world of fighting.

Going on a tear in the Japanese promotion, which at the time was the only promotion to truly rival the UFC, Fedor remained undefeated throughout his stay, entering the promotion with a 11-1 record, and leaving with a 31-1 record four and a half years later. Victims left in his wake include Mirko Cro Cop, Mark Hunt, Kevin Randleman, Mark Coleman, Gary Goodridge and the aforementioned “Minotauro”.

After Zuffa bought Pride in 2007, they started assimilating its roster into the UFC’s. Thanks to this we finally got to see Nogueira vs Frank Mir and Wanderlei Silva vs Chuck Liddell. Many expected Fedor to follow his colleagues to the United States’ top MMA promotion. He didn’t, and conflicting reports assign blame to both sides. Emelianenko would sign with Russian promotion M-1 Global.

Fedor would then fight twice for the ill-fated Affliction promotion, before they collapsed after two events. The UFC would once again seek to lock Emelianenko down to an exclusive deal, but negotiations would break down again. The main point of contention this time around was M-1’s desire to co-promote with the UFC. If you know Dana White, that was never going to happen. 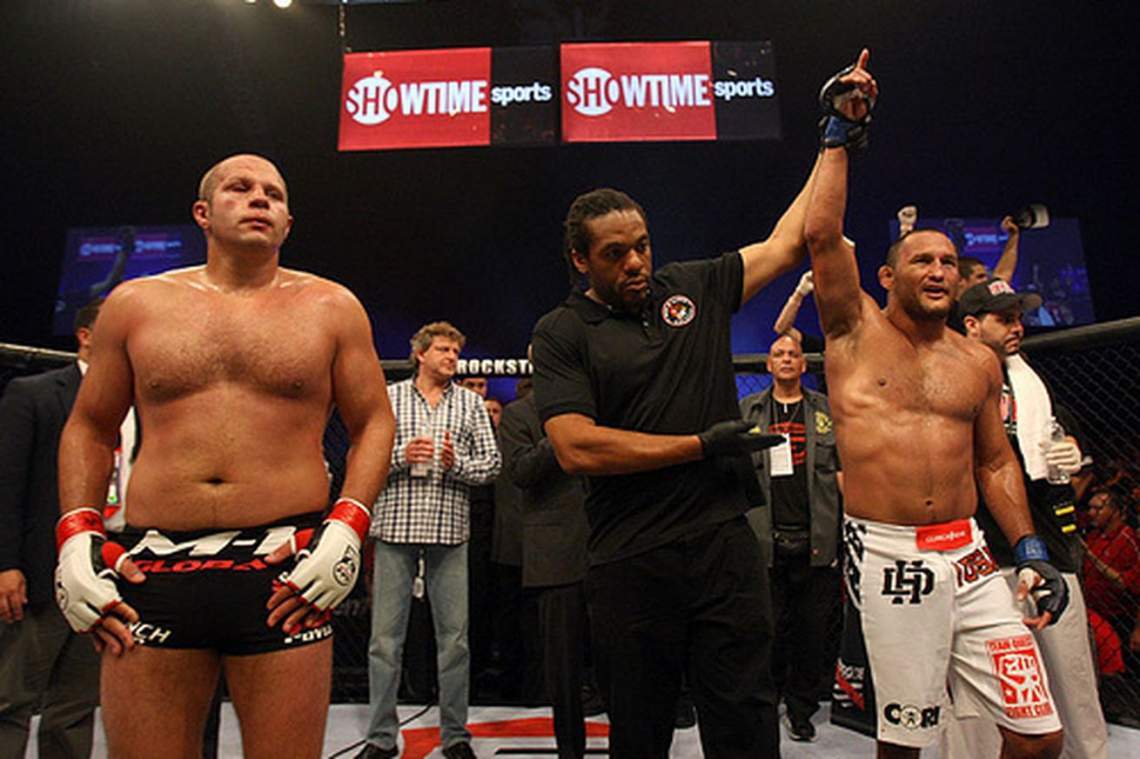 Looking for a new home promotion, “The Last Emperor” would sign a multi-fight deal with Strikeforce, to much fanfare. He would make his debut against the 10-0 Brett Rogers, earning the TKO in the second round. It seemed like Strikeforce had found it’s new star to build around. Someone to help them rival the UFC.

Unfortunately, Fedor would not replicate the success of his Pride days in his new American home. Emelianenko would go on to be stopped three consecutive times in Strikeforce. Fabricio Werdum submitted him with a triangle armbar in June of 2010, Bigfoot Silva would TKO him in February of 2011, and Dan Henderson would knock him out cold in July of 2011.

Fedor Is Not Done Yet

After this surprising turn of events, “The Last Emperor” returned to Russia. Here, he would get back to his winning ways, defeating Jeff Monson at an M-1 Global event in November 2011. Two more fights followed, before a retirement was announced in 2012. The UFC would make one last ditch effort to get the Russian through the doors. However, Emelianenko was steadfast in his retirement. 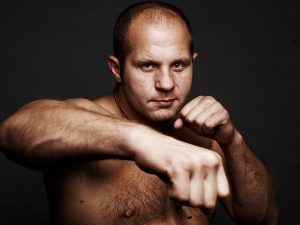 As we now know, the retirement wouldn’t stick. Fedor would return to action in 2015, eventually signing with Bellator and making his debut in 2017 against Matt Mitrione. A fight that didn’t go the Russian’s way. Despite this setback, Fedor presses on.

Now taking part in the Bellator heavyweight grand prix, Fedor hopes to get rectify his last performance. The man standing across from him on April 28th: none other than Frank Mir. We’ll look at what this fight really means for “the Last Emperor” in part 2, along with his legacy. See you then.