Dana White Lied To Us All, but it’s just business

A few weeks ago I was sitting in the changing room after training listening to those assembled discuss whether the UFC would be sold or not. We all remember the reports coming out to say WME/ IMG and maybe others were looking to buy the company. And of course, Dana White strongly denying those reports. Was Dana to be believed?

To me, it seems that a person’s take on the situation and in particular Dana White’s denial depended on your own personality and life experience. If you considered Dana’s statement credible then maybe you trusted people to tell the truth. Would they not be ashamed to be caught out in a lie just as you yourself would be? Or did you instead trust the ESPN and figure that a CEO of a big corporation like the UFC would lie. If it was in his company’s best interests?

I had my own ideas based on what I’ve seen of Dana White over the years. But I was still a bit surprised when the company was sold just a few days later. How could the denial have been so blatantly revealed to have been false without so much as a blush? Dana will carry on running the show with seemingly no loss to his credibility. 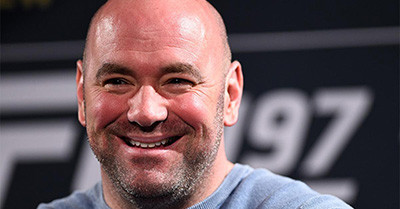 There was no outcry of indignation from the media when it turned out that they were indeed selling the UFC. At the time of his flat refutation of ESPN’s article. In fact, his personal credit will go up in the world of fight promotion because his lie helped create space for the probably delicate negotiations to continue. Dana is the best promoter in the business. So what’s a little white lie in the fight game?

A white lie could be described as a lie you tell to stop someone being upset by the truth or to be polite. We all tell them all the time. “No, I didn’t have any credit to text you back” would be one example. Or “Those skinny jeans look nice on you”. A Dana White lie, on the other hand, is a lie you tell to stop the media scaring investors away from spending billions to purchase your company.

A White lie ensures that business gets done. Dana is probably not ashamed to be caught out publically in a lie. And I’m starting to wonder if I should be either. Whether or not you’d be happy to tell a White lie probably depends on your own personality or life experience. Bear in mind though, it could be where the money is.