Conor McGregor: Who’s next for The Notorious One?

With the newly crowned featherweight king due to take his pick of a selection of opponents at multiple weight classes, and with two of them fighting tomorrow night in Florida – what better time to put together a flash preview of the potential Conor McGregor contenders over the next 6 months?

A Muay Thai specialist on an 8 win hot streak, Cerrone’s direct and brutal style along with his height advantage would make a showdown with McGregor’s nimble footwork an interesting prospect. He is a UFC veteran, known for taking a contest on short notice against virtually anyone.

He is a man who genuinely loves to fight, constantly pushes the pace and his array of vicious kicks are matched only by his vocal dislike of ‘The Notorious’ in their recent media tangles. With 15 career submissions to his name, Cerrone is also hugely dangerous on the ground. A Conor Cerrone scrap is big box office in anyone’s eyes. Currently training with the best, in the form of Jon Jones and Holly Holm, amongst others in Albuquerque. 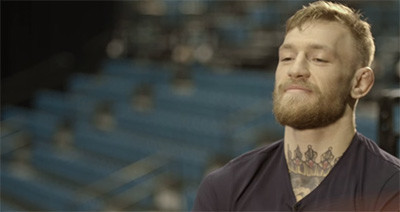 The last man to take down the ‘Cowboy’ at Lightweight, Dos Anjos is currently enjoying a career resurgence after outclassing Anthony ‘Showtime’ Pettis at UFC 185 to take the LW title. Although it was an impressive performance. Dos Anjos has a mixed record overall and many feel he may struggle to replicate the form.

A black belt in Ju-Jitsu, Dos Anjos can grapple with the best, and will also throw powerful kicks and quick takedowns in to mix it up. Came off the worse after verbally sparring with McGregor at UFC’s recent ‘Go Big’ press event, and will want a big payday if he gets the chance.

The UFC’s forgotten man of late, the former lightweight champion has been pushing for a head to head with McGregor for some time now. His claim has been reinforced by his recent demolition of Chad Mendes and Uriah Faber, and he is the purists choice as the man to pose the biggest threat to McGregor’s style.

The New Jersey native has superb conditioning and his world-class wrestling, as well as an ability to produce non stop pressure combine perfectly with his years of top-level experience. The timing seems finally right for ‘The Answer’ to get another crack at the gold and shut up Conor McGregor into the bargain.

What height is Conor Mcgregor?

If you look at the different profiles for Conor McGregor, as with most fighters the stats will differ slightly across the board. While his main UFC profile says he is 5 feet 9 inches. Sherdog reports him to be 5 8″. Having stood beside the man and as someone who stands at just under 5ft 10″ (yes nearer to 10 than 9). I would say Conor stands closer to 5ft 8″ out of those thick-soled crocodile skin shoes 🙂

What is Conor McGregor walkout song?

Well, there are two versions of the same song which is called “The Foggy Dew”. One is a remix of the famous song written by the world-renowned Irish folk band The Chieftains. And sung by Irish songstress Sinead O’Connor. Sinead now famously sang the track live for McGregor’s fight with Chad Mendes at UFC 189 when the man from Dublin defeated the number two ranked featherweight in the world. The second version is a remix with the Notorious BIG track – Notorious.