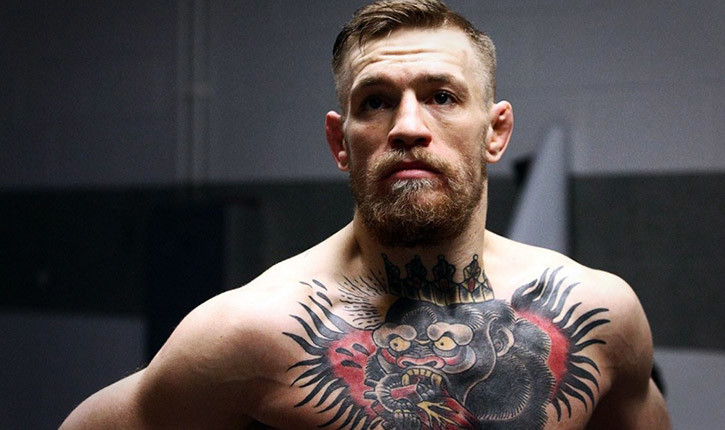 So it is happening and by all accounts, Conor Mcgregor against Rafael Dos Anjos for the lightweight title will again set all manner of records in the sport of mixed martial arts. Tentatively pencilled in for UFC 197 on March 5th, I say tentatively as the UFC has not yet updated their own schedule to reflect the bout and until that happens, don’t put your house on it. So far UFC 197 has all the hallmarks of a historic event. Let’s dig a little bit more into it!

Why is Conor McGregor vs Rafael Dos Anjos such a huge fight? 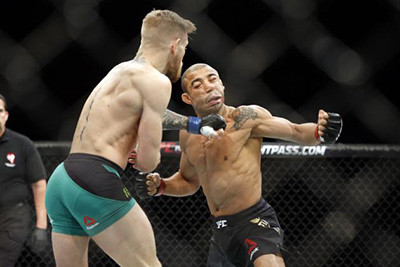 No fighter in UFC history has held two belts at the same time. If you remember back to just after Jose Aldo lost his title, Conor McGregor said that he wanted to be the first fighter to do it.

A statement that was quickly slapped down by the UFC top brass who stated that he would have to relinquish his featherweight title in order to contest the lightweight belt. It seems that very soon after, that same top brass had a pretty quick change of mind when the enormity of the fight became apparent.

Only one man has previously tried to hold two belts at the same time and that was The Prodigy BJ Penn. Penn was the reigning lightweight champ who tried and failed to snatch the welterweight belt from George Saint Pierre at UFC 94.

And so McGregor vs Dos Anjos will be just the second time in the history of the Ultimate Fighting Championships for two current champions to face one another inside the octagon. With the bout being of such huge proportions, some would say it’s very surprising the UFC have pencilled in the fight so quickly and not allowed more time to build the anticipation. But I’m not complaining!

How do these two Champions stack up against each other?

Conor McGregor is obviously moving up to meet Dos Anjos at his preferred weight. But the Dubliner holds a key advantage over the Brazilian in the reach department. While McGregor measures in at 74 inches, Dos Anjos comes in at 71. We know from previous experience that McGregor is predominantly a striker with a ko/TKO ratio of 89%. His hands are his bread and butter. So you would perhaps have to give an advantage to the Irishman in this department.

Both fighters come in at the same height of 175 centimetres. We have seen that taller fighters don’t seem to be an issue for Dos Anjos who has been the smaller man in many of his fights. So McGregor will not be towering over a smaller opponent as has been the norm for the vast majority of his bouts to date in the UFC. 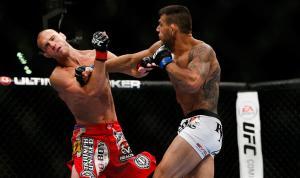 Moving up weight will always be a cause for concern as those additional few pounds can make a difference. Will he have the same power against the bigger opponents? Dos Anjos has won three of his last five bouts by ko/TKO, but his overall knockout ratio stands at 20%. Although McGregor will have to add the weight. He has proven power in his strikes and should have no issue adding the required bulk to his usually emaciated frame at featherweight.

Rafael Dos Anjos is primarily known for his submission wins. But has been bucking that trend in recent fights. Will he look to take McGregor to the ground an avoid an out and out stand up fight?

UFC 100 came in at 1.6 million buys, UFC 116 1.116, while UFC 158, 168 & 193, 1.1 million. There are no official numbers for the UFC 194 card where Conor McGregor dethroned the UFC’s only ever featherweight champion, Jose Aldo Junior. One would imagine that the card was no doubt also huge in PPV buys. But until we see those finalised numbers we can only guess. McGregor’s UFC 189 bout against Chad Mendes came in around the 1 million marks and you would imagine his title unification was significantly higher.

The UFC 197 card which is also scheduled to see Holly Holm defend her title against Miesha Tate is at the very least incomplete. Right now as it stands we only have two confirmed fights. And although both are title fights, we will have to wait and see if the rest of the card is stacked with enough talent to force those additional fans to part with their hard-earned cash. Going by some of the UFC’s most recent big cards, things look good in that department. So be prepared for a stacked night of fights.

How much is Conor McGregor making?

Forbes magazine recently did the numbers on how much McGregor is now making for his fights. They estimated that he earns approximately $3 – $5 per PPV buy. With estimated viewing numbers for UFC 194 of between 1 – 1.5 million, the final earnings came in around $3 – 4.5 million for 1 million PPV’s. Or potentially $5 – $7.5 million for 1.5 million PPV’s. Either way, the numbers are massive for a UFC fighter. With a very select few ever earning anywhere near those types of numbers.

Rafael Dos Anjos is himself not a huge star when compared with say Jose Aldo. This was evident by his title defence against Donald Cerrone not being a PPV card. That being said, the sheer magnitude of McGregor who is surely now seen as the UFC’s biggest star, claiming a second belt should be enough to push his numbers to a whole new level.

We will have to wait and see how it all boils down over the coming weeks and months. As we look forward to some more history being made come March 5th at UFC 197.