Conor McGregor Will Shock the World.

The man has been on an incredible roll since debuting in the UFC back in 2013. His challenges have just gotten greater and greater. But the champion has continued to conquer them, each time as convincing as the previous.

It’s been a phenomenal climb to the summit of the sport for the notorious one. And on March 5th he has in front him what should be the most challenging contest of his career. And what’s at stake is something unprecedented in the world of MMA.

Make no mistake about it, Rafael Dos Anjos is certainly the toughest test of McGregor’s career on paper. As was Aldo, but as the old saying goes ‘styles make fights’ and this Brazilian has the skill set and fight style capable of causing the Irish man a hell of a lot of problems.

Dos Anjos’ glorious night in the octagon when he captured Anthony Pettis’s lightweight title is one of the best executions of a game plan we’re ever likely to see. Like McGregor, Pettis is an expert striker, extremely dangerous when allowed to control the distance and tempo of the fight.

From the first bell to the last that night Dos Anjos never gave Pettis time to even think about distance or tempo. Swarming him with relentless pressure, each round the complexion of the champion deteriorating. As he watched his title slowly drift further and further away in the most punishing and torturous of fashions.

What Did We Learn From McGregor vs Aldo? 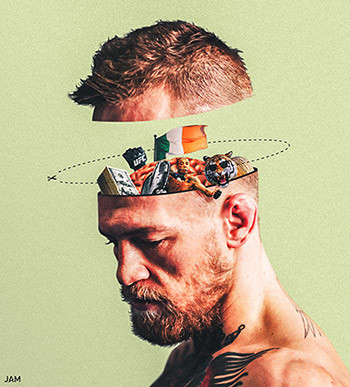 If we learned anything from McGregor vs Aldo it’s that absolutely anything is possible when that octagon door closes. But from the outside looking in, I would willingly suggest that this time the first five minutes of this fight will be critical to the outcome.

Conor McGregor and his coach John Kavanagh will probably have had a plan for someone as dangerous and of the same skill set as Dos Anjos for quite some time now. And when you listen to the way in which Conor confidently pronounces his intentions. It’s almost impossible for us not to be completely convinced as ‘Mystic Mac’ is rarely too far off the mark.

If indeed it is the Irish man who is getting his hand raised at the end of the night. And becoming the first man in UFC history to simultaneously hold a title in two weight divisions. Not only should he be credited with the title of the sports pound for pound number one. But he should also immediately go into the history books as one of the greatest of all time. Regardless of what his future holds beyond UFC 196.

As the man says himself “no one has done what I have done, in the space that I have done it in.” And should he conquer this next obstacle, what he will have done will be truly remarkable.