Colby Covington and the “Chaos”

October 28th, 2017: A UFC welterweight from the state of Oregon stands in front of ten thousand rabid Brazilians. He calls Brazil a “dump”, and calls the people of Brazil “filthy animals.” Colby Covington had just beaten Brazil’s own Demian Maia by unanimous decision. His three previous victories were over Dong Hyun Kim, Bryan Barberena and Max Griffin. Covington now fights for the UFC Interim Welterweight Championship at UFC 225 on June 9th, 2018. 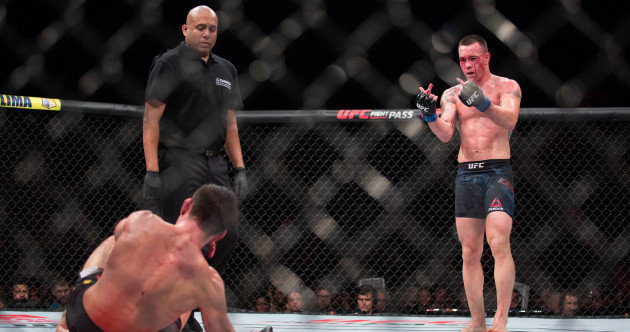 It’s been a long and loud road to get from the former point A to the latter point B. Colby “Chaos” Covington has taken a Daniel Day-Lewis level method approach to his new villain persona. The dedication is as impressive as it is abrasive.

Since that night in Brazil, Covington has been involved in a boomerang related incident with Fabricio Werdum. Insulted Mike Perry’s girlfriend tweeted spoilers to Star Wars and Avengers.

Began a social media campaign called “NerdBash2018” complete with t-shirts, proclaimed first-hand experience of Jon Jones steroid use, threatened to assault UFC commentator Joe Rogan and released a series of videos involving scantily clad women he claims to be practising his cardio with. Since that night in Brazil, he hasn’t fought but has secured himself a fight for a belt.

It’s easy to accuse Colby Covington of ripping off Conor. It seems to be easy to accuse anyone who opens their mouth to speak of ripping off Conor. The accusation is not necessarily unfounded, and the correlation with McGregor’s rise to the top and the increased brazen verbosity of the roster is hard to ignore. Is that what this is though? That’s not a lead into a greater point, I genuinely don’t feel comfortable making an assertion.

I used to be a die-hard pro-wrestling fan. As such, and I’m sure many others accept Colby’s antics as the product of a heel character. Some people, without years of watching wrestling heels, may understandably find this portrayal jarring.

Not that you have to know pro-wrestling to see what’s going on; it’s perfectly clear to everyone that he’s playing a character. Colby Covington’s new groove, however, could certainly be incongruous to your preferred state of the sport if you aren’t accustomed to buying into fake personas, or worse if you hate pro-wrestling. 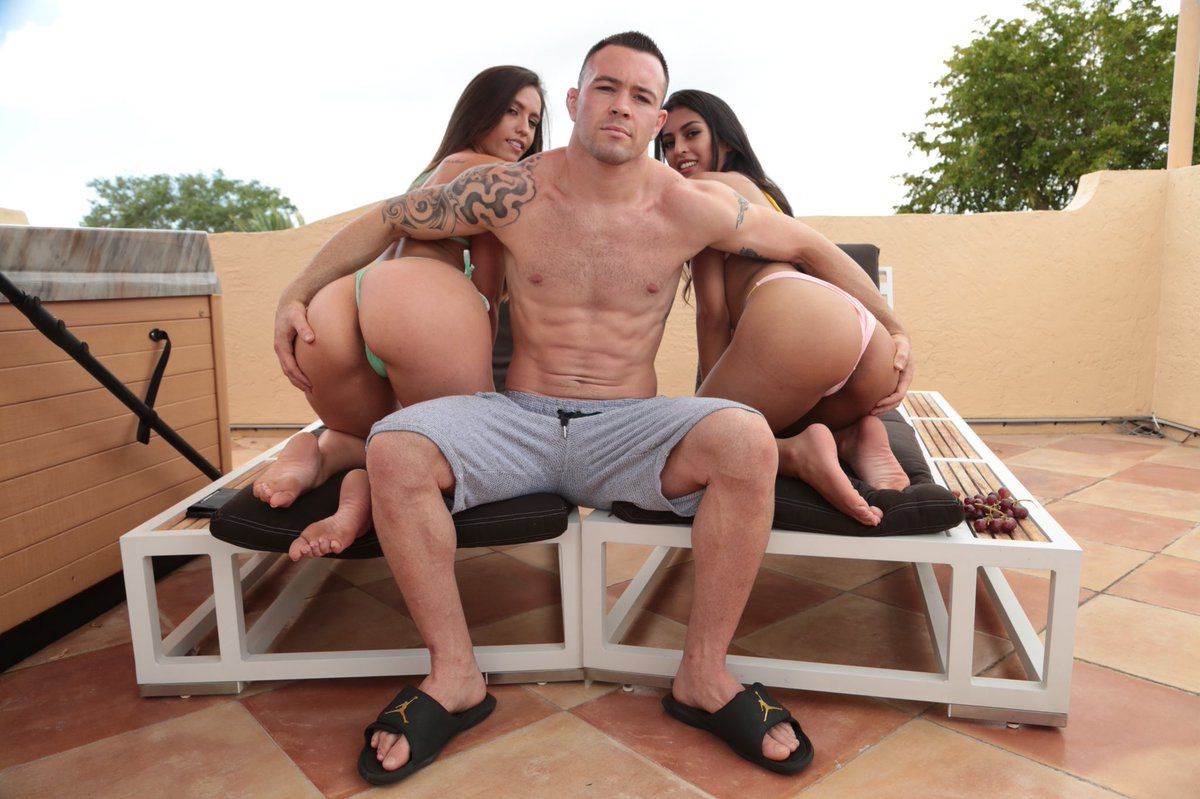 Many people want a raw, unfiltered and real feel to combat sports. This is a reasonable desire, for sure. But, when a sport goes mainstream and then sells for $4 billion, the bottom line becomes more and more important.

To the fans, this is the fight game, but for the people who run the fight game, this is business. Capitalism has had its muddy paws wrapped around professional sports forever, and that isn’t going to change anytime soon.

McGregor was not the first fighter to speak well. Chael Sonnen arguably perfected the art years before “The Notorious One” showed up. Interestingly, Chael is also a pro-wrestling fan.

Then you had people like Rampage and Bisping who liked to engage in a bit of banter outside of the cage as well. Conor, however, was the first person to talk that way and become a megastar. Despite what Dana White may tell you, they want another Conor, and they want it bad.

Had Colby not talked like he has, it’s extremely reasonable to assume he wouldn’t be getting this interim title shot, Demian Maia being the only big name on his record. He does generate plenty of social media interest though, and where the UFC sees smoke, they want to go ahead and add fuel to that fire.

If they think for a second someone has even the smallest chance of becoming a superstar, they will run with it. I don’t know if Colby Covington is that guy – the UFC doesn’t know if Colby is that guy. It’s a gambit, and this will continue to happen for as long as the sport prospers. Let’s just embrace the chaos.

Images courtesy of the42.ie and generationiron.com