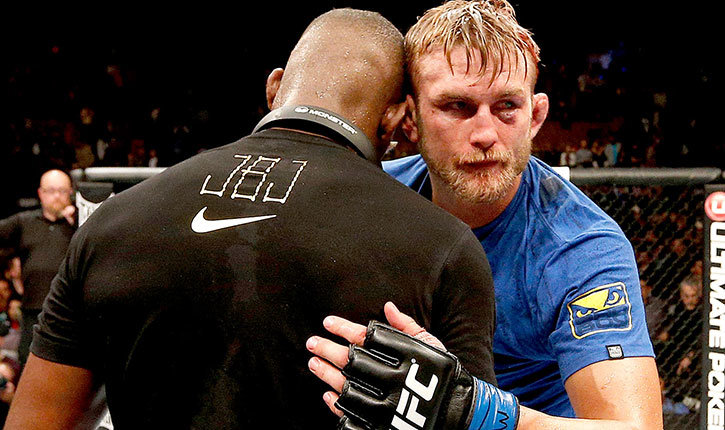 Alexander Gustafsson vs. …Sadly for all fight fans out there the next two words to follow this are not, and in all likelihood will never be, Jon Jones. Because at the end of the day that is the rematch that the Light Heavyweight division has been crying out for. Over the last two years and would have, in all likelihood, been a fight which could have carried the division back.

To the same realms of attention that the Featherweight division is currently receiving. Sadly for fans and the division alike it is not to be, however. Some of the division’s other big stars were not rolling over and allowing people to simply lose interest.

Daniel Cormier and Ryan Bader’s exchanges during the UFC 187 post-fight press conference were, for lack of a better term. McGregor-esque and managed to generate more than a little interest in the possible match-up. Amazingly, this is not the fight we’ll be seeing at UFC 192.

Either instead Dana White has decided to give the title shot to Gustafsson. It is not the fight fans were waiting so long for, it’s not even the fight that they wanted to see failing that. But does that mean that this is not the fight the division deserves? In all honesty, this could be the most exciting match up of them all.

It has to be said that Jon Jones is still regarded, and rightly so, as one of the best pound for pound fighters in UFC history. And as such the division is, of course, poorer for his absence. But the other side of that particular coin is that his absence has created a more competitive edge to the division. And, as such, each title fight is no longer the easy money call it used to be with Jones involved.

Of course not everyone agrees with this point when it comes to Cormier v. Gustafsson and it’s not difficult to see why. Gustafssons last fight was a vicious knockout loss to Anthony ‘Rumble’ Johnson. The man who DC beat to gain Jones’ vacated belt. So based on their last two fights is it a foregone conclusion that DC will emerge victorious against Gustafsson? Of course not. 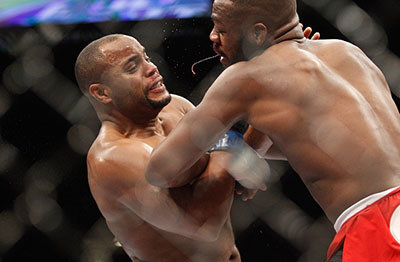 The old sports cliché of ‘anything can happen’ aside there is still several reasons. Why there is no guarantee of a DC win against the towering swede.

At 6’5 the most obvious strategy that ‘The Mauler’ can utilize for the win is of course to keep his distance and wear down DC with the long jab. Taking advantage of his reach advantage over his 5’11 opponent.

Clearly DC will be prepared for this but that doesn’t mean he can necessarily counter this strategy. When it’s being executed by one of the most technically astute strikers in the division.

Even if DC manages to find the space to get within Gustafsson’s reach. And go for the takedown there are still no guarantees, despite Cormier’s undoubted wrestling ability. There is no doubting Cormier holds the advantage over Gustafsson. When wrestling is introduced to the octagon, but this is not to say that Gustafsson is no without some ability in this area.

This is after all the first man to take down Jon Jones in his MMA career. Gustafsson’s technical astuteness does not end in his striking and if DC goes in for a takedown at the wrong time. He faces one of the most vicious ground and pound artists in the UFC.

On its face this is a clear fight between striker and wrestler with the wrestler heavily favoured. And as such perhaps doesn’t get the blood racing as much as some of the other possible match-ups. That have been passed over for one reason or another, but it is so much more than that.

Cormier has some serious knock out power he does not always opt to utilize. Shown in his TKO victory over Patrick Cummins. He has a keen ability to put a lot of weight behind his huge hooks and this coupled with Gustafssons under-rated abilities outside of his striking. Make these two of the most well-rounded fighters within the division. This may not be the fight everyone has been waiting for but it is shaping up as the one no one should miss.