UFC Divisions The Best And Worst

Ronda Rousey eh? Her last win was shocking only in its speed, apart from that, many if not all had Rousey firm favourite entering the bout, nothing new there! Rousey`s dominance is like that of Anderson Silva`s or GSP in their prime. In so much as it has left the division bare of challengers and excitement.

What Ronda has done the Women’s Bantamweight scene is frightening. Her only hope for a competitive fight is to drag Cyborg done to the weight class and even that might not be enough to make the division a fascinating scene. Ronda`s dominance has pretty much wrecked the Bantamweight division. And is the perfect Segway into this piece. Looking at the top three and worst three divisions in the UFC at the present moment. 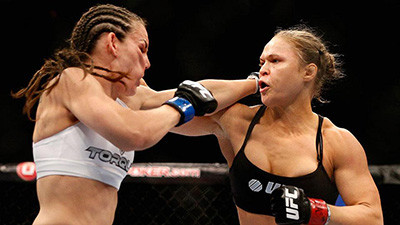 Even with arguably the UFC biggest star as it`s champion, the women’s 135 division is sorely lacking any real competition. Ronda is the king of the castle and the rest are miles away from being a legit threat to her.

This is glaringly obvious at the top of the division with Ronda holding stoppage wins over all the top 5 contenders. Aside from the Miesha Tate fight, it took her a total of two minutes and thirty seconds collectively to dispose of the 4 remaining top 5 contenders.

It is a sad day when the once marquee division is listed as the second-worst but it well and truly the case here. Cain Velasquez is a fantastic fighter and champion but the division is too bare to catch any real excitement. Now in fairness, if the fight between Cain and Fabricio Werdum comes to the frustration it will garner interest.

Werdum is on a roll and all that, but what then? JDS still lurks in the background talented enough to beat all comers bar Cain. And not many will jump to see a fourth battle between the two. No, it is safe to say that aside from one or two good match-ups the UFC heavyweight division is in a serious decline and the future does not look bright.

Not too unlike the women`s bantamweight division in so much as the Champ, Demetrious Johnson, has wins over the top 4 in his division. The search for contenders has thrown up some questionable title fights. In this division recently when number 10 ranked Chris Cariaso was given a shot. Only for it predictably to end early and in heartbreak for the outmatched challenger. Again we see a long shot get a title shot with prospect number 8th ranked Kyoji Horiguchi stepping into square off against the champ.

Horiguchi has shown incredible potential but the title shot is coming a bit too soon for the young fighter. This aside, there are not many fights people are screaming out for. If Henry Cejudo gets his weight issue under control he might be a serious contender. But as for now the division is bare and in much need of some big fights.
Now with all that doom and gloom cast aside, we can focus on what divisions are flourishing at the moment. 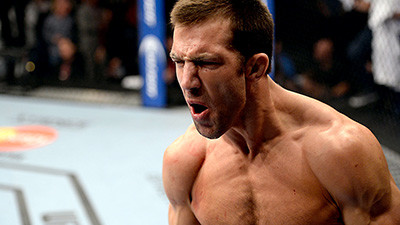 For so long the division was ruled by the GOAT Anderson Silva with truly enticing fights being saved only for title fights and not even all of those were worth watching. In contrast, the division now is ruled by Chris Weidman, but he faces into a top 8 of ruthless fighters all intent on causing severe damage to the American.

It is a rare division that can boast the likes of Lyoto Machida, Luke Rockhold, Jacare Souza, Yoel Romero, Anderson Silva (For Now), Gegard Mousasi, Nick Diaz(?), Vitor Belfort. Throw in Bisping and you have a vast array of potential bouts that have my mouth salivating just thinking about the destruction. Machida vs Rockhold and Jacare vs Romero are just two examples of fights. That exemplifies why in a healthy division a fight can be outstanding even without the champion.

A rejuvenated welterweight division is very similar to the middleweight scene. As in it used to have a supremely dominate champ and since his departure looks healthy and full of life. Robbie Lawler is the epitome of this as the Champ. Even though his grip on the belt is loose one with Rory MacDonald many people`s favourite to take it off him.

Then you have former champ Johny Hendricks chomping at the bit to get back to gold. As he squares off against the lethal Matt Brown. Throw in Woodley, Condit and Lombard plus the guys that have the ability to make a run in the future Story, Silva, Nelson and Gastelum and the division look healthy and full of exciting and awesome fights.

This was a very close call, the lightweight division was not far behind. But it is the quality of potential match-ups that make this division great. First of all the Champ Jose Aldo is 2nd on my P4P list, he`s a Phenom and still at a young age. Then comes his next challenger the “little known” Irish man Conor McGregor. Who is after bringing a huge amount of attention to this once cold division. The top two contenders after him are Chad Mendes and Frankie Edgar. Both suffered losses the champ but showed glimpses of the ability to win the fight. Edgar through points and Mendes when he dropped Aldo.

Now, these main challengers are great but the division is a great one due to the quality of fights it can boast outside of the top 4. Uriah Faber has now arrived back in the division, Cub Swanson and Ricardo Lamas are both still outstanding fighters. And Dennis Bermudez and Max Holloway can make waves yet also. So even though the number of challengers for the belt. Might not be huge the quality of fights throughout this division is what makes it into the top three.